A case for every Top 25 team winning the NCAA tournament 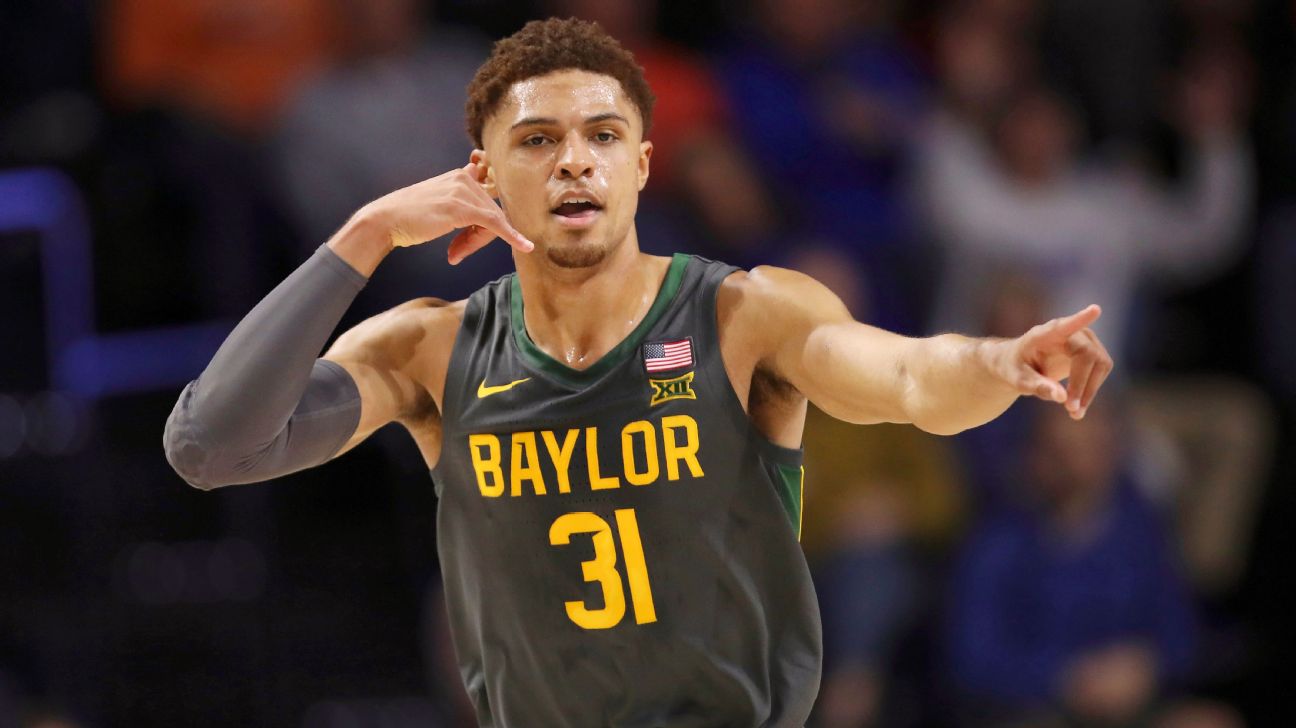 The trend for the top teams in college basketball this season is that there is no trend. A look at the turnover at No. 1 provides plenty of evidence of that fact.

Who's really the top team? There's a case for just about everyone near the top cutting down the nets in Atlanta in April. Here are some stats and historical factors that speak to each member of the current Top 25's chances:

An early 16-game winning streak with a top-10 defense in terms of efficiency and a backcourt tandem that averages more than 29 points per game? That's a snapshot of last year's champion Virginia Cavaliers as much as it is a rundown of this season's Bears.

The 2012 Kentucky team had Anthony Davis, and I'm not going to say Gonzaga has that sort of future NBA star, but ...

That Kentucky team had the second-tallest roster, was led by Davis averaging 24.6 points-plus-rebounds and was part of a winning culture (64 wins in the two seasons prior).

This year's Zags own the third-tallest roster, are led by Filip Petrusev averaging 23.7 points-plus-rebounds and are part of a winning culture (65 wins in the previous two seasons).

Each of the past five champions have finished the season ranked in the top 11 in both adjusted offensive and defensive efficiency, according to KenPom. Kansas and Duke are the only two teams that satisfy that arbitrary threshold at the moment, with KU ranking eighth and third, respectively.

Much like the 2014 Huskies, the Aztecs are led in scoring and assists by the same player (Malachi Flynn). They also share an efficiency trait with those Huskies with their top-50 ranking in true shooting percentage.

The Seminoles have an average point differential of +11.4 points, something each of the past five champions have accomplished. You want a team that's going to ice it? How about FSU, as their top four scorers are shooting a combined 80.6% from the free throw line this season.

The number of teams on this list that are top 45 in both 3-point percentage and rebound rate is small. Real small. As in Gonzaga, Louisville and Ohio State small. Did they lose three times in a five-game stretch? Yes. Are they uniquely versatile and thus able to win in different ways (they beat then-No. 4 Michigan with 58 points and controlled then-No. 3 Duke at Cameron Indoor despite allowing 73 points)? You bet.

Three of the past five champions were eighth or better in effective field goal percentage (eFG%). Those three champions saw their best player average 17.2 points on 56.6% shooting from the field. Obi Toppin is averaging 19.7 points on 62.2% shooting as he leads a Flyers squad that leads the nation with a 60% eFG%.

The 2015 NCAA champion Blue Devils through 20 games were 17-3, suffering back-to-back conference losses, and they were led by a 6-foot-10, 270-pound freshman averaging 18.7 points and 9.4 rebounds per game in Jahlil Okafor.

The 2020 Duke Blue Devils will be seeking a 17-3 start when they host Pittsburgh on Tuesday, they suffered back-to-back conference losses two weeks ago, and they are led by a 6-10, 270-pound freshman averaging 16.9 points and 8.3 rebounds per game in Vernon Carey Jr.

The Pirates have played four games against top-11 teams and have a +7 point differential in those games. In recent history, it has proven critical to play well in those games. The past two champions posted a combined 85.7% winning percentage against top-25 teams, a stark improvement from the two champions prior (66.7%). Yes, Seton Hall is just 2-2, but it has played above expectations in those tough spots, and that holds value.

I mentioned the eerie similarities between Payton Pritchard and Dillon Brooks two weeks ago, and the positive parallels between this Quack Attack and that one (the most successful Oregon team since World War II) go even further.

The Mountaineers lack the star power of the 2017 North Carolina team, but they are a top-50 team in percentage of points that come via the two-pointers and a top-10 rebounding team much like those champion Tar Heels. If you're not counting on a star individual performance, you have to be confident the team you are picking can stop such a game, and with a top-10 defense, WVU is capable of doing just that.

Nick Richards has deservedly gotten plenty of love thus far, but how about this backcourt? The Wildcats' backcourt trio averages 65.1 points-plus-rebounds-plus-assists this season, not a far cry from Virginia's top three guards last season (67.6).

The Spartans own the second-highest assist rate on a per-possession basis and have Cassius Winston leading the way at 18 points per night. Winston isn't an NBA first-rounder or a highlight play waiting to happen, but if the past has taught us anything, this sort of team can have success.

I'll feel better about making long-term claims about this team in 10 days, but this team has potential. The Terrapins own a top-10 defense this season, and while their FT% is a little below what I'd like, if you remove one outlier game in Iowa in which Anthony Cowan Jr. (a career 82.9% free throw shooter) missed four of seven, the Fighting Turtles of Maryland are connecting on 76.7% of their freebies in the new year. Continue that growth and they can continue the trend of fundamentals reigning supreme in March.

No one is going to argue that this is a flawless team, but with Kamar Baldwin finding his footing (21.8 PPG over the past two weeks), the blueprint of early-season success with a potent upperclassman fits the 2020 Bulldogs.

In an ever-evolving game, it is important we keep up with the times and are ahead of trends. From 2015 to '17, the NCAA champion finished the season ranked an average of 147th in blocked shots. Over the past two years, however, that number jumps to 81st. It's obviously a small sample, but with every team willing to jack up 3s, there are fewer "easy" buckets to be had and thus the ability to prevent them is important. The Tigers average 5.7 blocked shots per game, 13th most in the nation.

Three of the past five champions have ranked as a top-30 team in rebound rate AND top 70 in field goal percentage. Thus far, the Illini rank fourth and 45th, respectively. The Illini are a top-10 team in terms of minute continuity, according to KenPom data, and they are will to battle with anyone. Don't sleep on them!

A junior guard averaging in the neighborhood of 13.5 points, 10 rebounds-plus-assists while playing for a team that ranks in the top 40 in scoring defense? Am I talking about 2019 Ty Jerome or 2020 McKinley Wright IV?

Each of the past five champions has had a top-25 rebound rate or had five-plus players average at least nine points per game. The 2020 Cougars are doing both, including corralling a nation-leading 57.2% of all missed shots.

It's an all-for-one and one-for-all situation in Wichita this season, as the Shockers have seven players averaging at least 7.0 points per night. Of those seven, three average at least 3.0 rebounds and 2.5 assists. That's a similar versatile outline that the 2017 Tar Heels used to win it all, as they had seven players average over 6.0 points, with three of them averaging 3.0 rebounds and 2.5 assists.

Seven straight champions have ranked as a top-75 team in turnover margin, a metric the Nittany Lions are currently 50th in. Worried about the three-game skid they were on during the first half of January? I get it, but we've seen six of the past seven champions hit a rough patch (.500 record or worse over a four game stretch).

Each of the past two champions have had one of their top three scorers also average at least 1.5 steals per game. Geo Baker qualifies as such for the Scarlet Knights, and he even leads the team in dimes. 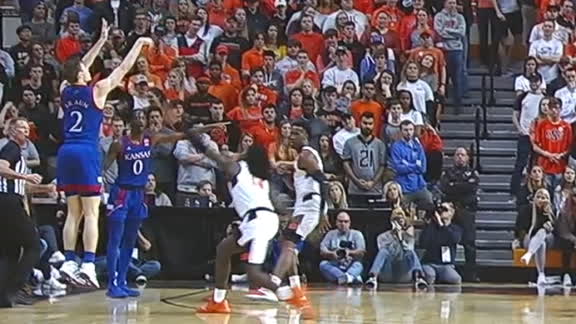