NFL Draft: Panthers take another defensive lineman in second round 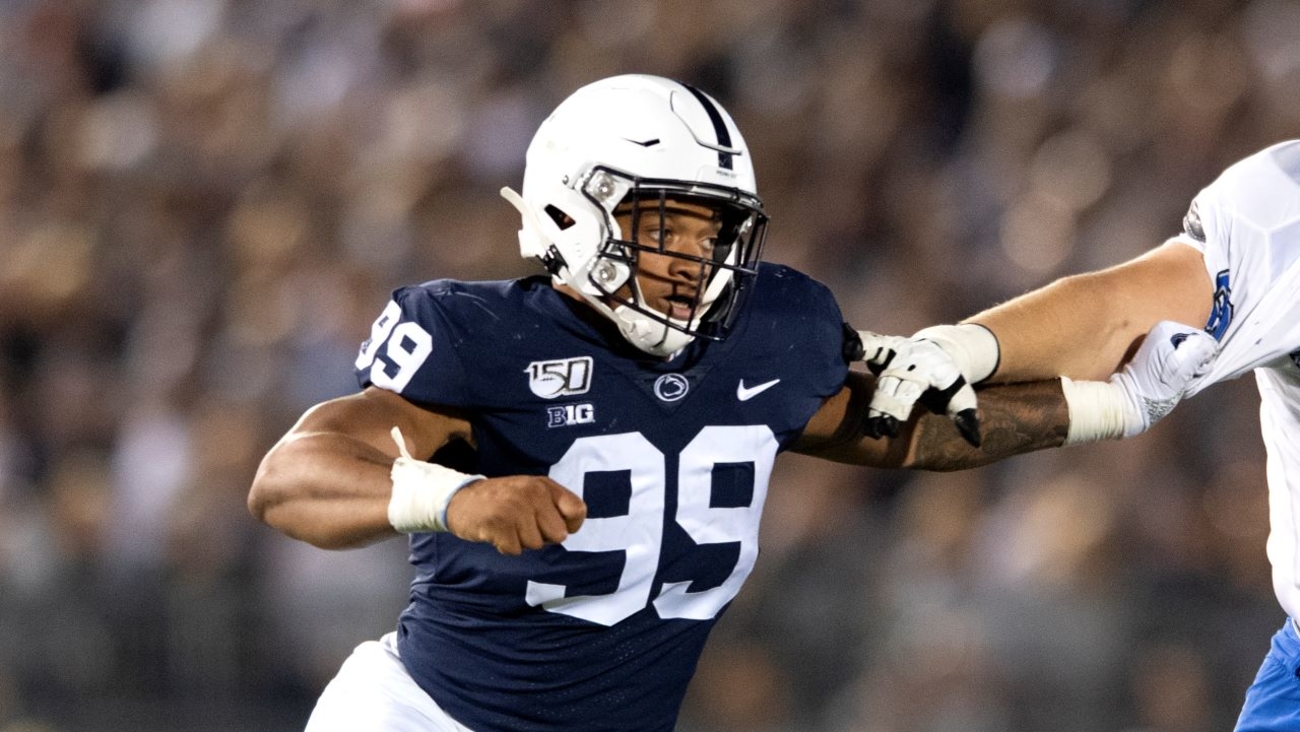 NEW YORK -- The Carolina Panthers had the sixth pick of the NFL Draft's second round on Friday and as they did Thursday, invested in a defensive lineman, picking Penn State's Yetur Gross-Matos.

In the first round, the Panthers took defensive tackle Derrick Brown from Auburn with the seventh overall pick.

The 6-foot-5, 326-pound Brown was a first-team Associated Press All-American and first-team All-SEC selection as a senior, as well as a finalist for the Chuck Bednarik Award and Outland Trophy. He had 55 tackles and 12.5 tackles for loss along with four sacks, four pass breakups and forced two fumbles for the Tigers.

He was a first-team all-conference selection as a junior after pacing the Penn State defense with 40 tackles and 9 1/2 sacks. The defensive end is expected to compete for a starting job with last year's first-round draft pick Brian Burns and new free-agent pickup Stephen Weatherly from the Vikings.

Carolina is making a considerable effort to upgrade a defensive line unit that was devastated by free agent departures like Mario Addison, Gerald McCoy, Dontari Poe and Vernon Butler.

Panthers general manager Marty Hurney said his team's focus needed to be on upgrading the defense entering the draft after addressing mostly offensive needs in free agency. Carolina is looking to replace nine starters from last year's defense that allowed 29.4 points per game, second-most in the league.

The Panthers have had tremendous success in the past with first-round picks, selecting the likes of Cam Newton, Luke Kuechly, Julius Peppers, Jordan Gross and DeAngelo Williams, but have had their fair share of flops in the second round including Jimmy Clausen, Everette Brown, Eric Shelton, Dwayne Jarrett and Bruce Nelson. 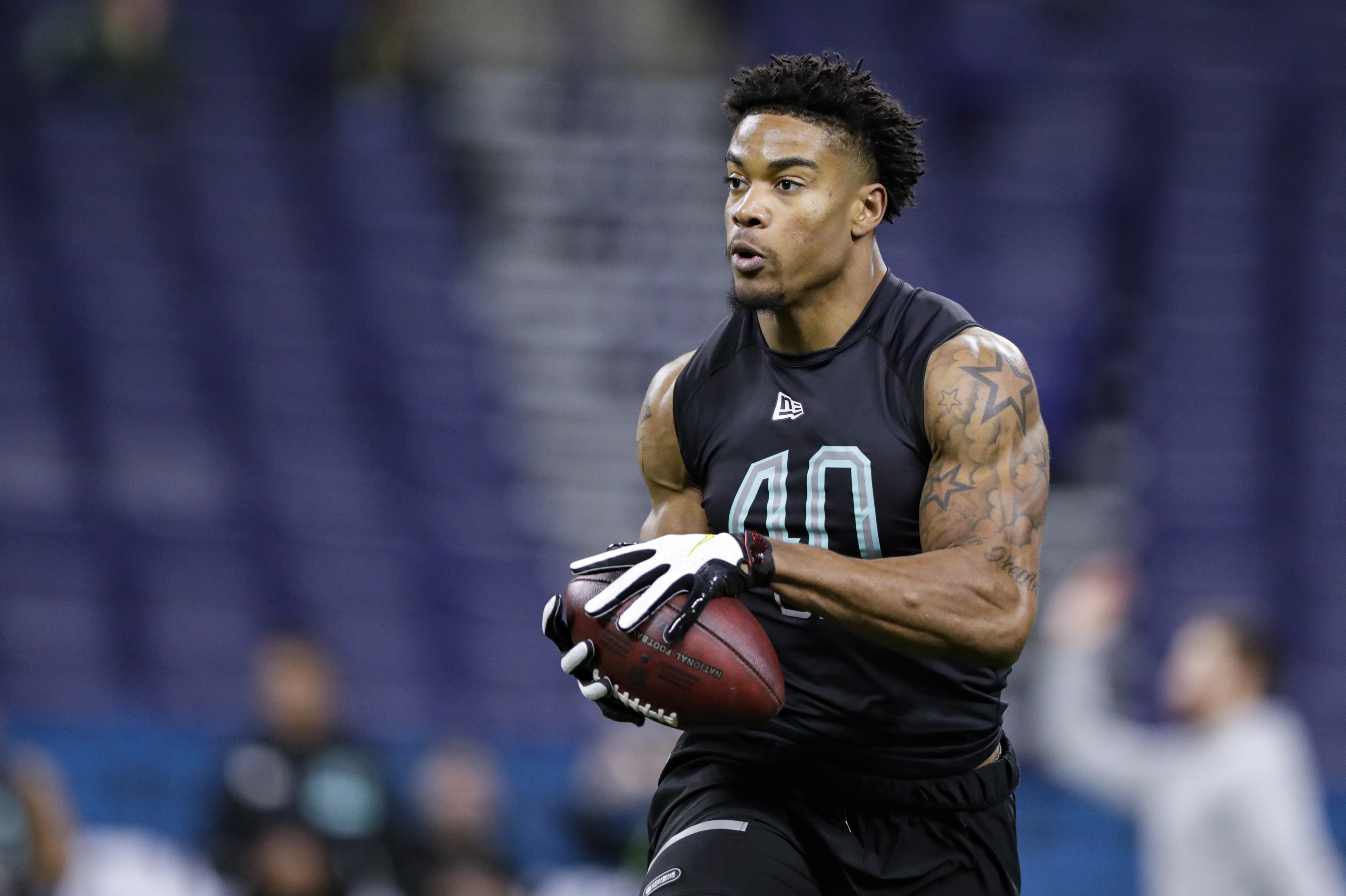 The Panthers then traded up five spots in hopes of upgrading the back end of the defense, taking big safety Jeremy Chinn from Southern Illinois with the final pick of the second round, No. 64 overall. The Panthers gave up their third-round (No. 69) and fifth-round (148th overall) pick to Seattle to move up.

ESPN's Chris Sprow described the 6-3, 221-pound Chinn as a safety who actually has the length and athleticism of a big corner. Chinn ran 4.45 with a 41-inch vertical at the NFL combine in Indianapolis. Chinn's versatility could allow him to line up in several spots for the Panthers defense.

The Cincinnati Bengals held firm atop the second round of the draft, selecting receiver Tee Higgins to catch Joe Burrow's passes.

Many teams covet the opening spot in the round, viewing it almost as a first-rounder because a player - usually several players - they graded as a top-32 guy has not been chosen.

But unless a club was willing to part with a 2021 first-round choice to move up for No. 33 this year, the Bengals were wise not to budge.

Besides, they likely rated Higgins as a first-round talent, too.

So in addition to finding what they hope will be their franchise quarterback in Burrow with the first overall pick, the Bengals (2-14 last season) added a threat who can make the spectacular reception.

Burrow and Higgins also worked out together heading toward the draft.

Georgia running back D'Andre Swift was next off the board, going to the Detroit Lions. Swift was the second running back selected in the draft after LSU's Clyde Edwards-Helaire was the final player taken in the first round by the Kansas City Chiefs.

The Indianapolis Colts made their first pick of the draft, No. 34 overall and the second pick of Day 2, grabbing Southern California receiver Michael Pittman Jr.

The son of the former NFL running back was a Biletnikoff Award finalist as the top receiver in the country last year. At 6-foot-4, Pittman is big and strong. He had 101 catches for 1,275 yards and 11 touchdowns last season. 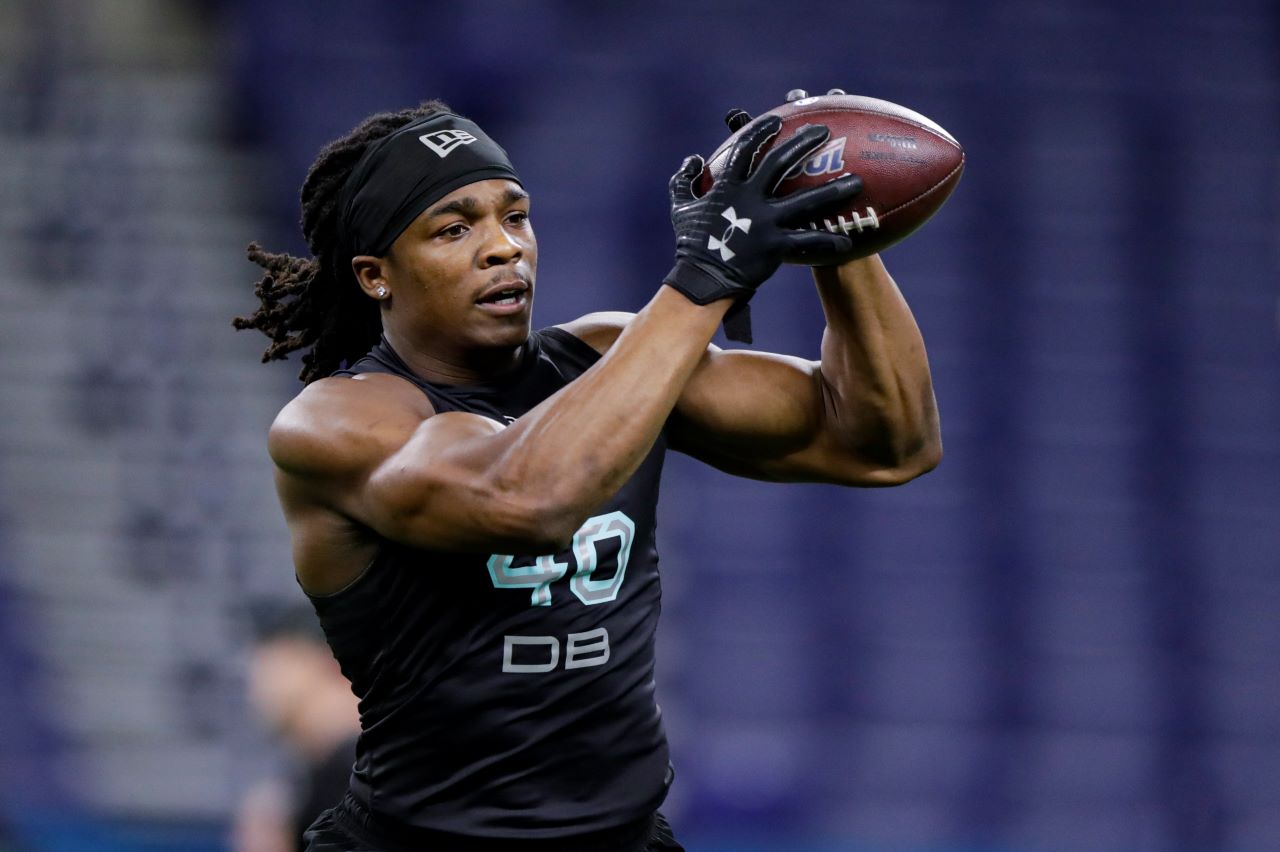 Lenoir-Rhyne defensive back Kyle Dugger runs a drill at the NFL combine in Indianapolis. Dugger made Hickory, North Carolina, a must-stop for NFL scouts last fall.

After trading out of the first round on Day 1 of the NFL draft, the Patriots made a little history on Day 2.

ABC11's Mark Armstrong reported in his draft preview that Duggers would likely be the first in-state player selected.

The Patriots traded the 23rd overall pick to the Chargers in the first round in exchange for the 37th and 71st picks.

A versatile defender and special teams player during his five-year career at the North Carolina school (enrollment 2,700), the 6-foot-1, 217-pound Dugger had 10 career interceptions and returned six punts for touchdowns.

The 24-year-old will compete for a spot on a Patriots secondary that has an opening after New England traded safety Duron Harmon to the Lions.

Dugger comes from a family of athletes. His mother, Kimberly Dugger, played basketball for Fort Valley State University in the 1980s and was inducted into the school's athletic hall of fame. His older brother, Patrick, played at Lagrange (Ga.) College from 2012 to 2014. 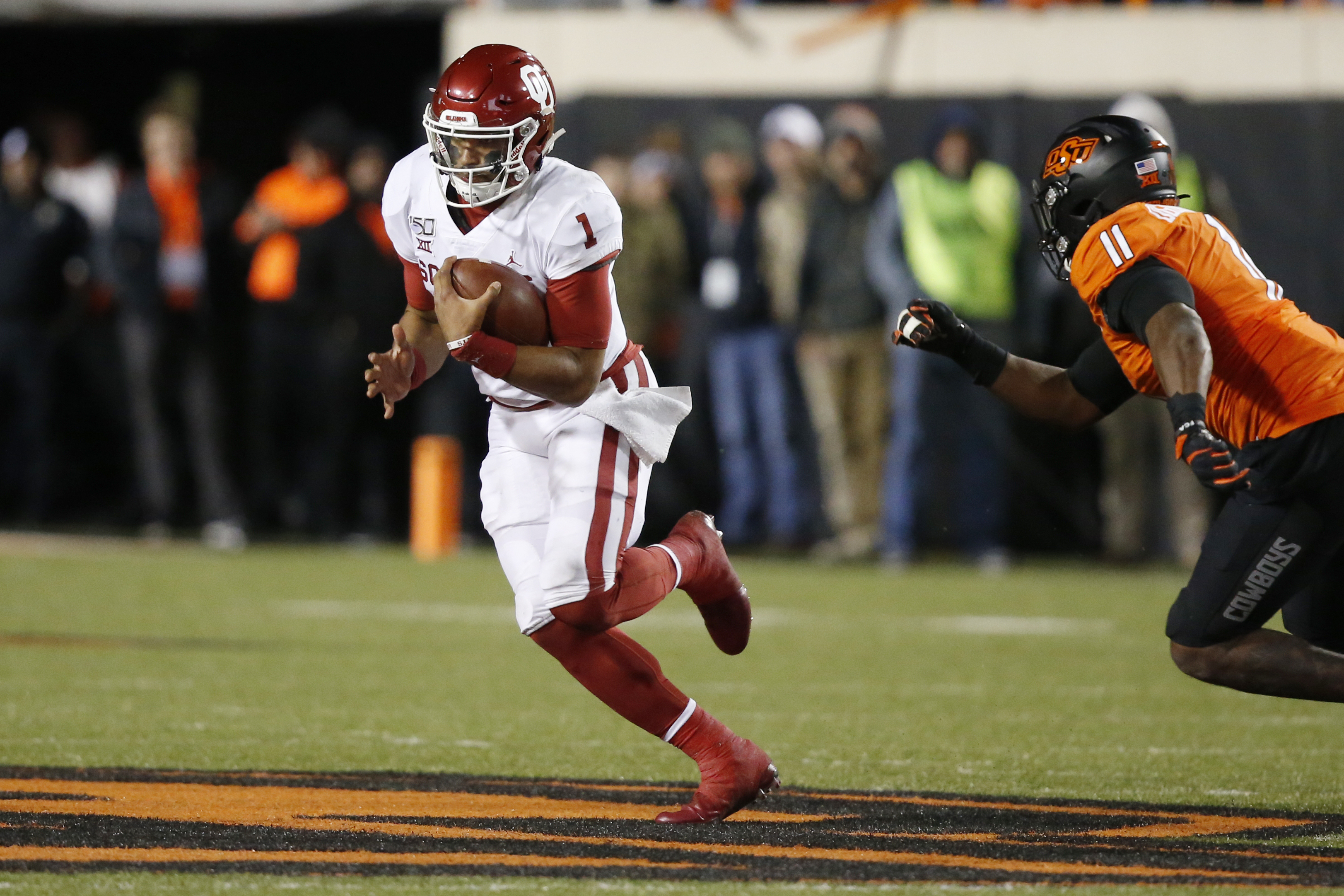 Oklahoma quarterback Jalen Hurts, who began his college career at Alabama, was selected by the Philadelphia Eagles in the second round with the 53rd overall pick.

Hurts was the fifth quarterback taken overall and the first of Day 2. Hurts started his first two seasons at Alabama, leading the Crimson Tide to two national championship games.

He lost his job to Tua Tagovailoa and transferred to Oklahoma for his final year. Hurts became a Heisman Trophy runner-up last year in Norman, passing for 3,851 yards and running for 1,298 yards.

The Eagles might be able to use him in a similar way the New Orleans Saints use Taysom Hill, running, receiving and passing.

You can watch the draft live on ESPN.

The first night of the NFL draft averaged a record 15.6 million viewers on television, easily shattering the record set six years ago.

Thursday night's first round was aired on ABC, ESPN, the NFL Network and ESPN Deportes. The coverage peaked from 8:45-9 p.m. EDT when 19.6 million viewers tuned in, according to Nielsen. That is up 37 percent over last year's 11.4 million.

The previous high was 12.4 million in 2014 when the draft was held in early May.

The draft was the first live U.S. sporting event since the coronavirus pandemic. The draft originally was to be held in Las Vegas but is taking place virtually. 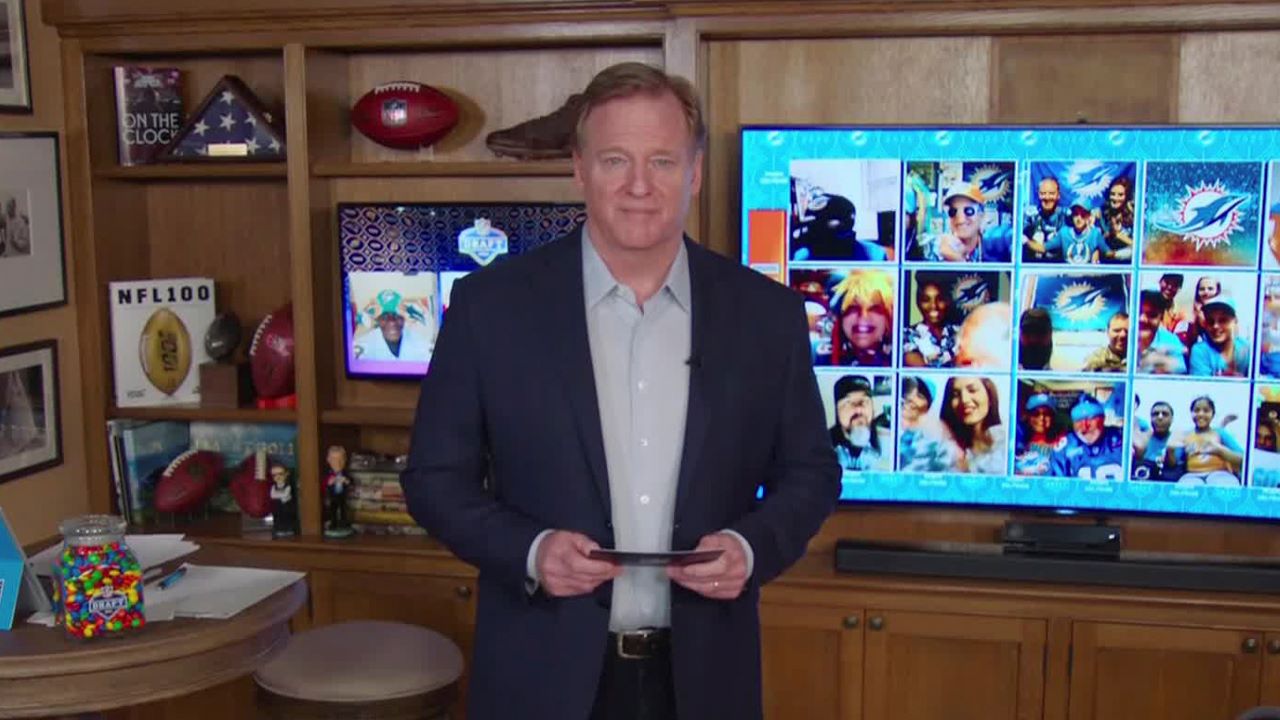 In this still image from video provided by the NFL, Roger Goodell speaks from his home in Bronxville, N.Y., during the NFL football draft Thursday,

ESPN and the NFL Network have teamed on a combined production. ABC, like ESPN a part of The Walt Disney Co., has a separate presentation the first two nights, then will simulcast the ESPN/NFL Network broadcast on Saturday.
Report a correction or typo
Related topics:
sportsncnfl draftcarolina panthers
Copyright © 2021 ABC11-WTVD-TV/DT. All Rights Reserved - The Associated Press contributed to this report.
More Videos
From CNN Newsource affiliates
TOP STORIES 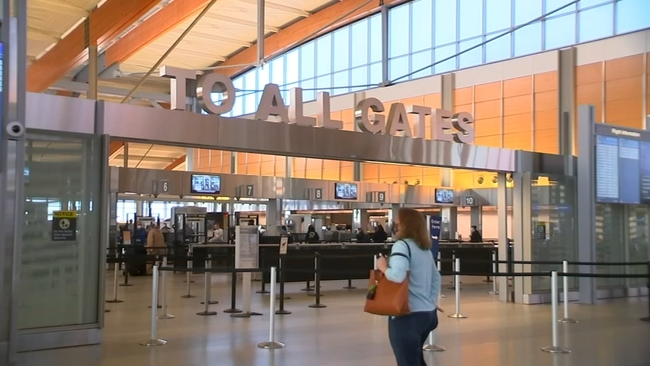