Other witnesses say victim was holding a rifle and approached the shooter before he was killed.
KTRK 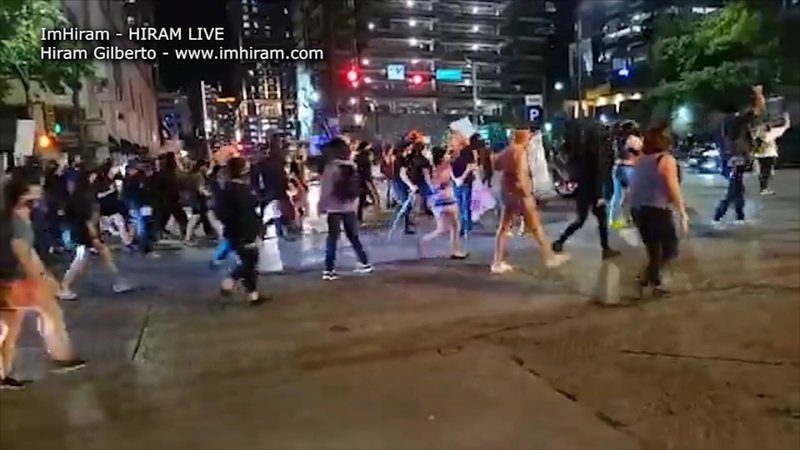 AUSTIN, Texas -- A Facebook Live broadcast of a protest march through downtown Austin late Saturday night captured the sound of multiple gunshots going off and people running in a panic.

One man died in the gunfire when he approached a vehicle, according to Austin police. "Good Morning America" identified the victim as Garrett Foster.

The video, taken by journalist Hiram Gilberto, shows the march entering an intersection before some sort of commotion takes place in the middle of the crowd. Then, at least five shots are heard in quick succession.

A witness told the Austin American-Statesman that a driver honked and sped toward protesters before opening fire. Foster was taken to a hospital where he was later pronounced dead.

Foster was carrying a rifle, according to one witness. He approached the vehicle and was shot by the driver. The driver then drove away, witnesses said.

"GMA" spoke to Garrett's mother, Sheila Foster, who has a different account of what happened.

She said he had attended many peaceful protests with his fiancee Whitney Mitchell, a quadruple amputee. Sheila Foster said her son was pushing Mitchell's wheelchair moments before the shooting.

"And this gentleman got out of his car and started firing shots, and my son was shot three times," she said.

The mother of Garrett Foster, the man killed during an Austin protest, spoke to "Good Morning America."

Austin police spokesperson Katrina Ratliff told reporters a suspect was detained and was cooperating with police.