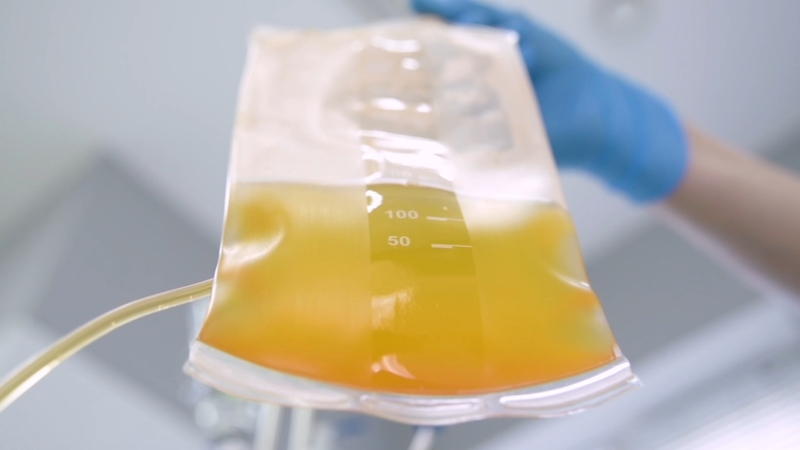 RALEIGH (WTVD) -- Although it appears progress is being made on certifying drugs and vaccines for COVID-19, and hot debates about other treatments, there seems to be one thing most scientists agree will help -- antibodies from the blood of those who have survived COVID-19.

One of the early local victims of COVID-19 was Dr. John Byron an OB/GYN from Moore County. Since then, he's donated his plasma and is speaking out about the need for others to do the same.

"Maybe it was meant that I be one of the first ones to get it so I can show other people the way," he said.

Byron and his wife returned from Germany to their Pinehurst home in early March. A week later, he had a fever and tested positive for COVID-19 on St. Patrick's Day.

In turn, Byron was among the lucky his symptoms were mild, he recovered in several days and was never hospitalized. But he did visit UNC Hospitals once he recovered because he was asked to donate his blood plasma which was full of COVID-19 antibodies.

When asked if he hesitated before donating, Byron said, "Absolutely not. I was ready to help anybody. I mean I could see the writing on the wall and I was just like, 'Yeah, we need to get ahead of this' And I needed to do my part."

Since then he's donated two more times and is scheduled for a fourth-round in the coming days. It's a donation that's badly needed amidst a growing deficit of the plasma antibodies in North Carolina and the nation.

"The last time I went up there they were really in short supply and they needed it right away," he said.

The fact that Byron is medical doctor certainly guided his decision to be a donor. Still, he's surprised that, with more than 90,000 people in North Carolina alone who have recovered, that more aren't donating.

"You'll be saving the life of your neighbor possibly or some other individual because there really is a rather short supply of it. And we all need to do whatever we can do to help," he said while trying to emphasize just how important it is to give at a time when there are almost no other proven treatments.

Dr. Byron hopes that if word spreads and even half the survivors donate, we can not only end the shortage but bank plasma for the months to come.

"It's important that they kind of look beyond their recovery and try to help other people who are maybe not as fortunate as they were," Byron said in a final plea to other survivors.

Like his wife did. She tested positive not long after him but has had a tough time battling the virus taking six weeks to recover.

Of course, many others have suffered even worse or have died; and that's why Byron wants to keep reminding survivors that they have the ability to save lives inside them - literally.

Several organizations are sponsoring plasma drives including the Red Cross.