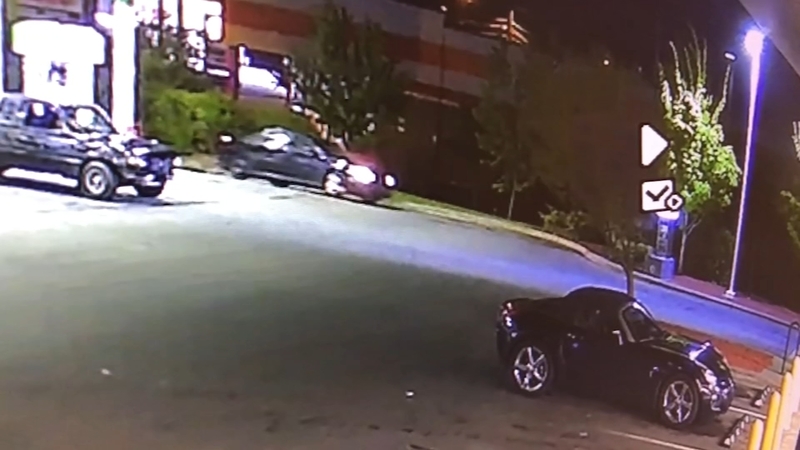 DURHAM, N.C. (WTVD) -- A baby who was kidnapped in Durham was found safe on Tuesday morning after a scary night.

Durham officers responded to the kidnapping call around 12:30 a.m. at a Family Fare gas station in the 2200 block of North Roxboro Street. A woman told officers she had stopped to pick up something and left the car running with the baby in the back seat of her Pontiac G6.

ABC11 has obtained surveillance video of the moment the kidnapping occurred.

EXCLUSIVE VIDEO: We’re getting a look at the moment a 9 month old baby was kidnapped from a Durham gas station. Pay close attention to the car on the far right. A man jumps behind the wheel and takes off with the baby in the backseat. Mom was inside for 3 minutes. #abc11 pic.twitter.com/0WmBOdDBaS

About 40 minutes after the kidnapping, a Durham police officer saw the vehicle near Cook Road and Fayetteville Street. The officer tried to stop the car but stopped the pursuit as it got onto Interstate 40 East due to the vehicle's increasing speed.

Raleigh police officers later located the vehicle near Garner Road, but the baby was not inside.

The driver, 35-year-old Richard Thomas Jones, of Durham, said that he had left the baby at an apartment in Durham.

Durham officers then went to the apartment and found the baby unharmed.