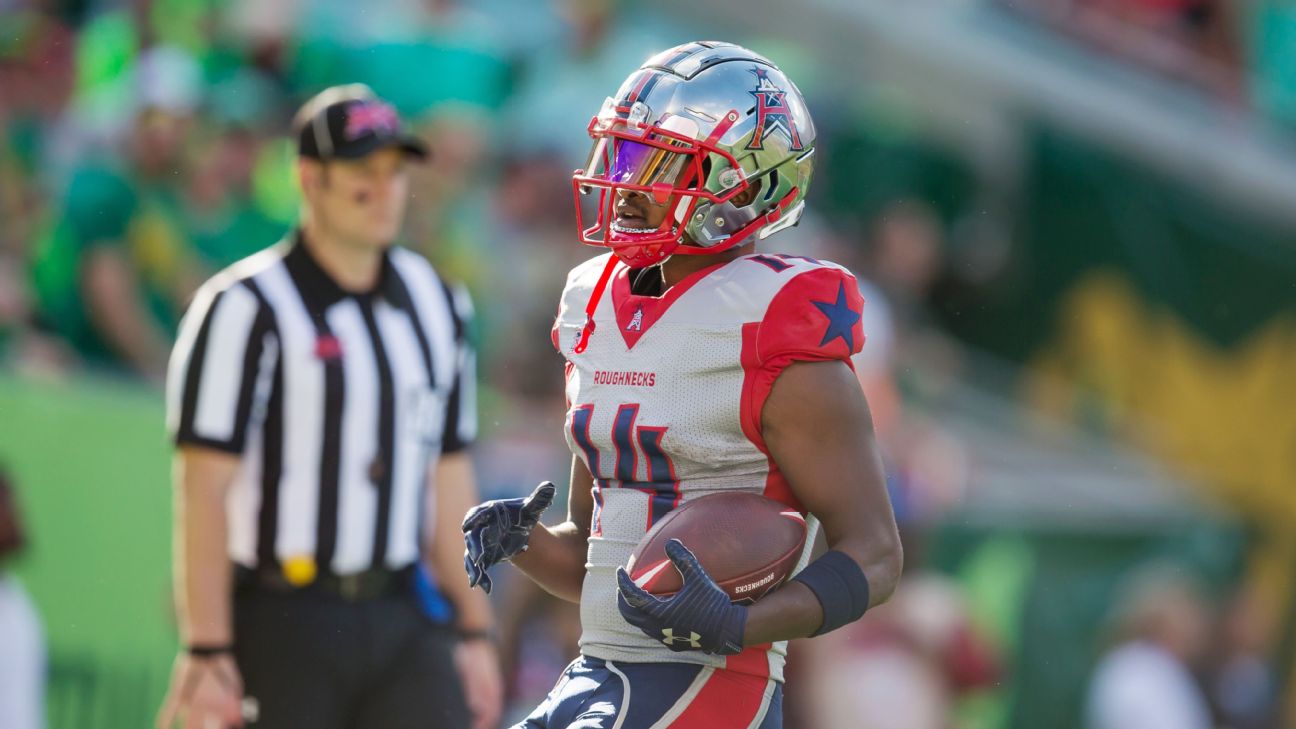 Phillips led the XFL with 455 receiving yards in five games. He also had nine touchdowns, including three from Walker during a Week 3 game in which Phillips had eight catches for 194 yards.


Phillips will add depth at a position that has been depleted by injuries. Omar Bayless had arthroscopic knee surgery on Tuesday and was placed on injured reserve Wednesday. Keith Kirkwood suffered a shoulder injury in practice that required surgery. Seth Roberts is in the concussion protocol.

First-year coach Matt Rhule recently said he will keep six to seven receivers on the 53-man roster for coordinator Joe Brady's spread offense, which sometimes features three to five receivers on the field.


Starting running back Christian McCaffrey, who led the Panthers with 116 catches for 1,005 yards last season, also lines up at wide receiver and the slot.

Phillips, 6-foot and 202 pounds, was born in Charlotte but played high school football at DeMatha Catholic in Maryland and went to Virginia Tech. He spent some time on the Buffalo Bills roster in 2018 as an undrafted player.

He became an instant star with the Roughnecks last season after being selected in the sixth round of the XFL draft. He scored a 50-yard touchdown for the team's first points in the opener. 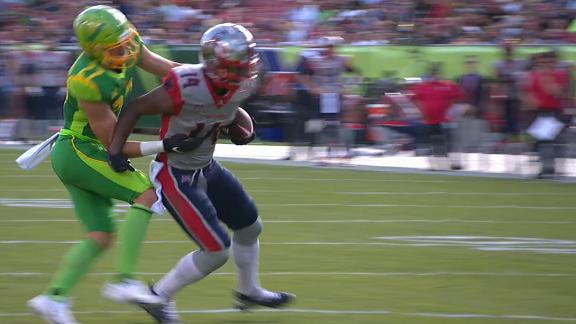 Phillips refuses to go down and spins into the end zone
P.J. Walker connects with Cam Phillips, who fights through a tackle for his second touchdown of the day.
Report a correction or typo
Related topics:
sportsespnnewscarolina pantherscam phillipsxfl
Copyright © 2021 ESPN Internet Ventures. All rights reserved.
More Videos
From CNN Newsource affiliates
TOP STORIES