When are NC ballots counted? Will we know winner on election night? Here are answers to some common election questions 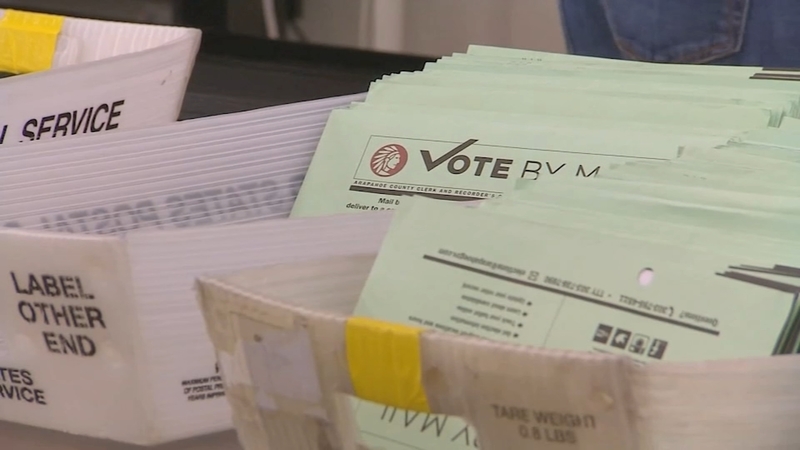 When are NC ballots counted? Will we know winner on election night? Here are answers to some common election questions

RALEIGH (WTVD) -- As the nation hits a milepost of two weeks until election night, ABC11 viewers requested a reality check about the impact of the historic number of people voting by mail and at early in-person sites: When will those votes be counted; How long will that take; And will we know the presidential winner on election night?

"We are encouraging people to presume that we won't have concrete results on election night," said Tomas Lopez, executive director of Democracy NC, the Raleigh-based nonpartisan advocacy group for democratic structures.

ASK US: What are your voting concerns or questions as Election Day approaches?
Lopez provided some much-needed clarity on reasonable expectations on election night results as North Carolina voters continue to set records at the ballot box: 1.4 million early voters have cast ballots so far; 658,000 absentee ballots have been cast.

But with every state seeing huge numbers, fueled by the pandemic, will local elections boards be able to deliver winning results by the end of election night?

"We have 50 states and 50 different sets of rules for how voting works," Lopez said. For potentially quick results, he points to Florida, where early voting ballots are being tabulated as they come in and simply added to Election Day totals.

But in states like Pennsylvania, state lawmakers are still fighting over when to begin counting absentee ballots -- a cumbersome process that may not start until election night.

How will NC’s record number of absentee and early votes impact the vote counting process on election night? Are those ballots being counted now? How long will it take.
Will we know a winner by election night? ANSWERS at 11 #abc11 #Vote2020 pic.twitter.com/6NPIyrWfRL

"North Carolina is actually going to have a lot of results early on," Lopez said, before amending his declaration, "I think we're going to have a lot of votes counted early on."
Five weeks before Election Day, North Carolina county election boards began meeting weekly to analyze absentee ballots to ensure they're valid. The ballots are then processed into the ballot computer. The vote is counted, the data stored, but not tabulated for winners and losers until election night.

Those totals are added to the early voter totals from the ballots voters personally push into polling place computers and is stored until the official count.

The NC Board of Elections now predicts half of all voters will vote early at in-person polling places.

Assuming, the national result of the presidential election is still unclear on election night, ABC11 asked Lopez his best guess on whether a Biden or Trump victory in North Carolina would be clear by the end of the evening: "That is going to be another, it depends," he said. "I know that might be disappointing to some folks. It's gonna depend a lot on what the margins are; how many people voted on Election Day relative to prior to Election Day; and it's gonna depend on how many absentee ballots are still outstanding."

And with all of those absentee ballot totals being stored in election computers along with early voting totals until election night - there's also the prospect of hacking and election security. Lopez said data experts may point to certain vulnerabilities but feels reassured by the fact that none of the state's ballot computers are online nor networked. Hacking is not seen as a significant threat to NC elections.

QUESTIONS ABOUT VOTING IN NORTH CAROLINA IN 2020? VIEW OUR ELECTION GUIDE: For a better experience on the App, click here to see the experience on its own page
Report a correction or typo
Related topics:
politicsncraleighvotingvote 20202020 presidential electionnorth carolina newsabsentee ballot
Copyright © 2021 WTVD-TV. All Rights Reserved.
VOTE 2020