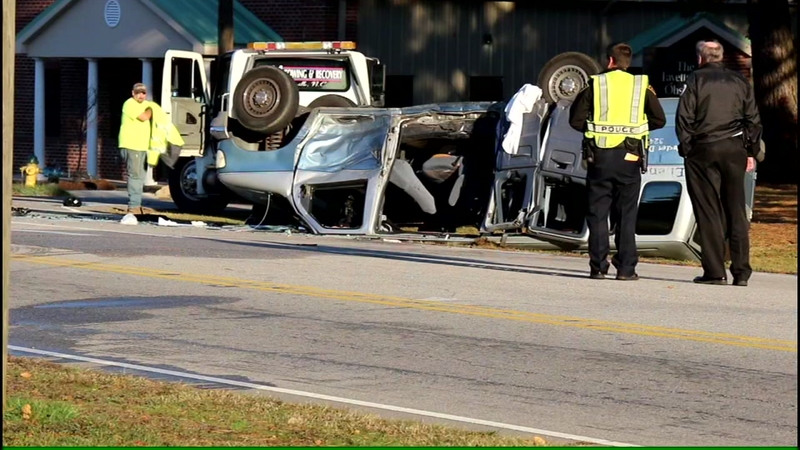 8 injured when van and pickup truck collide in Fayetteville

Around 7:30 a.m., the Fayetteville Fire Department and Fayetteville police responded to a crash call at the intersection of Camden Road and Whitfield Street.

Police said a van collided with a Dodge pickup truck, causing the van to overturn.

The double doors on the van were removed to get the occupants out.

All seven occupants of the van, along with the driver of the pickup, were transported to Cape Fear Valley Medical Center.

The driver of the truck, Robert Warren, 39, was cited for failure to stop at a stop sign.

The names of the victims and their conditions have yet to be released. Check back for updates.