WTVD
CHAPEL HILL, N.C. (WTVD) -- Police are investigating after someone spray-painted the words "murderer" and "black lives matter" on the "Silent Sam" Confederate memorial on the campus of UNC Chapel Hill.

"As an African-American woman, who is a student here, that statue is the very statue that pretty much says I don't belong here, that I shouldn't be here," said UNC student, Kirsten Adams. "It is a relevant statue, and so it should be there, on the other hand if we keep Silent Sam up, if we keep all these halls named after these racists, it's like we're celebrating the racism so you kind of have to draw a line somewhere."

"The artist responsible for this thing we like to call vandalism I think what they've done is not vandalism, they've made a major improvement to the statue," said UNC student, Nikhil Umesh.

"To go out and deface that, that's been here however long it's been here, that's crazy," said James Elder, one of many who stopped by to see what happened to the statue overnight.

"(The statue) represents hate, represents slavery, represents the division between blacks and whites and it's not, UNC, we've gone through a lot of stuff, but that's in the past, leave it in the past, that's history," said Elder.

"I think it's a cowardly act done by people who skulk around in the dark of night who are not willing to protest visibly," said Chapel Hill resident James Ward.

The overnight vandalism came as no surprise to the local chapter of the Sons of the Confederacy. One of its members told Eyewitness News he was actually keeping watch over the statue until about 11:00 p.m. Saturday night, expecting someone would do something to it on the July 4th holiday.

We understand that the issue of race and place is both emotional and, for many, painful. Carolina is working hard to ensure we have a thoughtful, respectful and inclusive dialogue on the issue. The extensive discussions with the Carolina community this past year by the Board of Trustees and University leadership, and the work we will be doing to contextualize the history of our campus is a big part of advancing those conversations. We welcome all points of view, but damaging or defacing statues is not the way to go about it.

Earlier this month, a Confederate memorial in Durham's Maplewood Cemetery was vandalized.

The words "Tear it down" were spray-painted on the other side. 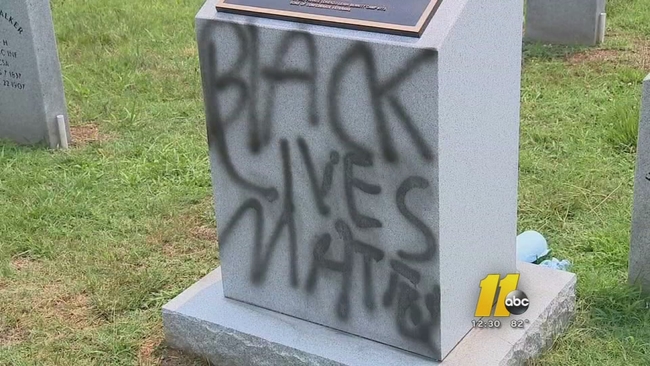 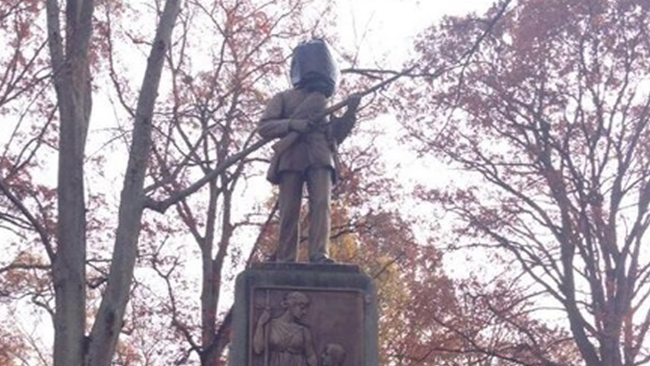