In empty Cameron, No. 6 Duke sputters in loss to No. 8 Michigan State 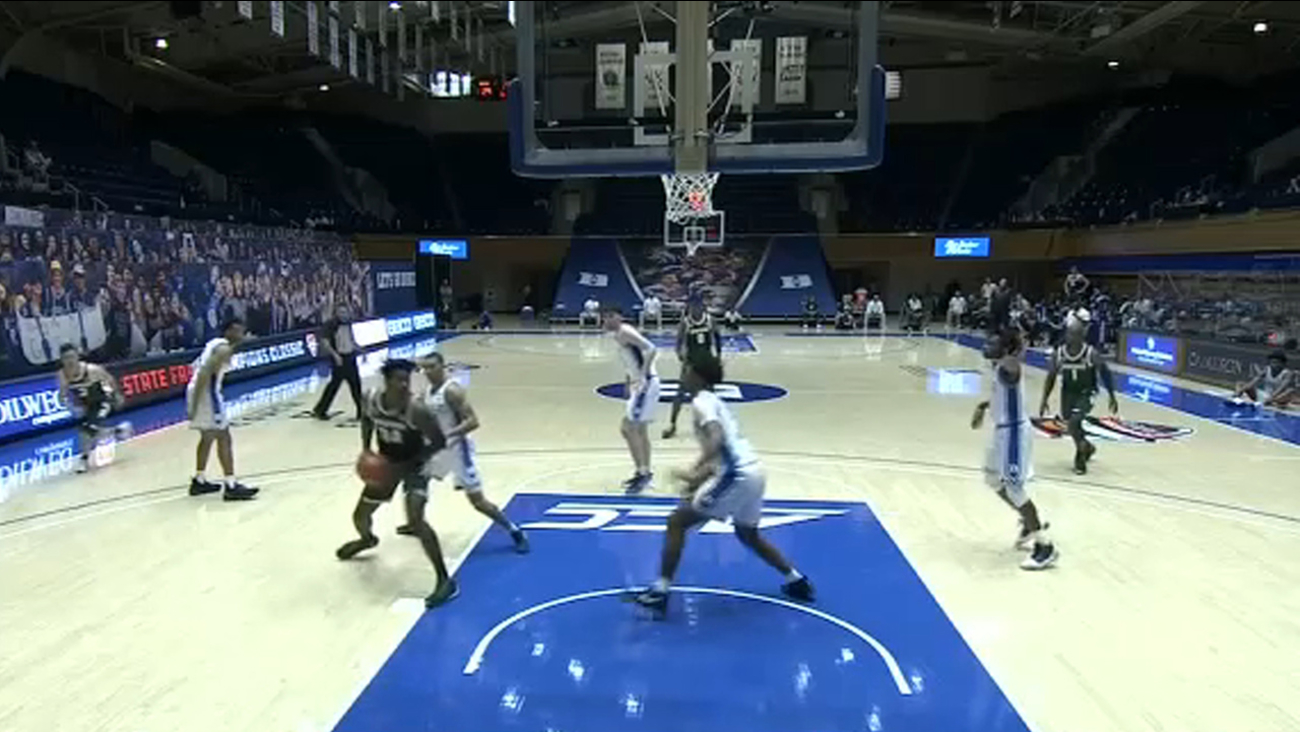 DURHAM, N.C. -- In an eerily quiet arena known for the most raucous atmosphere in college basketball, No. 8 Michigan State gave coach Tom Izzo his first win in Cameron Indoor Stadium.

Rocket Watts scored 20 points and Julius Marble had a career-high 12 to help the Spartans beat No. 6 Duke 75-69 on Tuesday night in the Champions Classic.

Michigan State maintained control in the second half, leading by as many as 16, with balance on offense to go with aggressive defense and rebounding.

The Blue Devils (1-1) rallied late and pulled within five in the final minute. They started strong and led 13-3 before struggling to make shots or get stops. Duke shot just 32% from the field and allowed five Spartans to score in double figures.

Matthew Hurt had 21 points and 13 rebounds for Duke, but freshman Jalen Johnson was limited to 11 points on 4-of-11 shooting after scoring 24 in his college debut.

Jaemyn Brakefield scored 11 and Jordan Goldwire had 10 points for the Blue Devils.

Izzo improved his coaching record to 3-12 against the Blue Devils with the Spartans' first win at Duke.