Blizzard warning for Central US, 15 states on alert for damaging winds and heavy snow 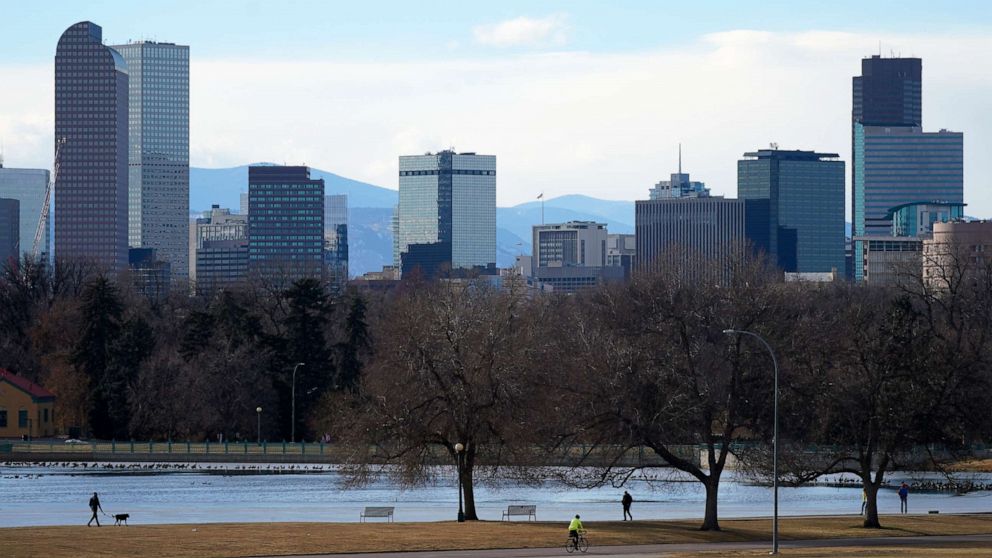 The same deadly storm that hit Washington and Oregon on Wednesday is moving into the Midwest with possible blizzard conditions for the central U.S. tonight into Friday.

One person died in Spokane, Washington, on Wednesday when a tree feel on her car.

East of Portland, Oregon, a woman is still missing after a mudslide buried part of a road.

Evacuations were still in effect overnight for a landslide threat east of Portland, Oregon.

The chaos in the West was caused by damaging winds over 70 mph and heavy rain up to 10 inches.

This storm system is now moving east and already winds have gusted 80 to 100 mph from Montana to Colorado and the Dakotas.

This morning, 15 states are on alert for damaging winds, blizzard conditions and heavy snow.

The heaviest of the snow will begin late tonight into Friday morning from Minnesota into Iowa, Wisconsin and parts of northern Illinois and Missouri.

Snow will be heavy at times from Minneapolis to Des Moines.

Chicago could see rain changing to snow by Friday morning and the heaviest snow will be to the west of Chicago downtown.

Part of that same storm will move into the Northeast by Friday night with heavy rain from New York City to Boston and snow for upstate New York and New England.

Relatively colder air behind the storm will produce additional snow around the eastern Great Lakes for western New York and Pennsylvania this weekend.

Snowfall totals will range from 6 inches to as much as a foot of snow possible for Minnesota and parts of northern Iowa.

In the Northeast, the heaviest snow will be in northern New York state and into New England where more than 6 inches of snow is expected this weekend.
Report a correction or typo
Related topics:
abc newsnational
Copyright © 2021 ABC News Internet Ventures.
More Videos
From CNN Newsource affiliates
TOP STORIES