WTVD
By Andrea Blanford
RALEIGH (WTVD) -- Shaw University students are still coping with the loss of one of their own as they find ways to honor the memory of a beloved classmate.

22-year-old Keyona Verdell was a third year student and a former captain of the "Chi-Chi's," a Shaw cheerleading squad.

She was hit and killed by a car in Raleigh early Sunday morning after a night out with friends.

Police said Verdell was riding in a vehicle along New Hope Church Road when she voluntarily got out despite protests from her friends. While she was walking she was hit by another car and died in the ambulance on the way to the hospital.

Students are paying tribute to her the best way they know how - by showing their school spirit.

"The fact that she's a Shaw Bear and she's actually a Chi-Chi, she's like one of us," said senior quarterback Quentin Rucker. "You know, she might as well be on the team because when we go out on the field they do their thing on the sideline."

At practice just a day after hearing the horrible news, it was hard for Rucker and the team not to think of her.

"It was shocking because a lot of us, she hung around us a lot. Like we'll be on the yard and she would be talking to us and I just seen her Thursday," he said.

He said they'll win their next game against Wingate for her.

Verdell's friends and teammates said she had a passion for cheerleading and loved her school.

As a way to honor their former captain, the Shaw cheerleaders took to social media, asking those who knew Verdell to post a video performing one of her favorite cheers using #cheerforyona.

Verdell was an integral part of the Chi-Chi's and her choreography helped shape their team.

"When we were in practice, when it got hard, she was just always the one to say 'Come on y'all.' You can do it. Come on y'all,'" said Tia Long, the Shaw University cheerleading coach.

"They lost someone very special and so did my team," she said.

The school is now preparing to hold a campus vigil for Verdell.

"It's tough but I know as a school, we're a family. We're gonna come together and get past it," said Rucker. 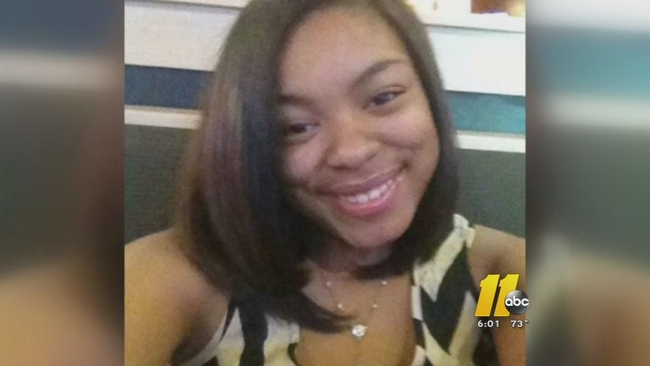