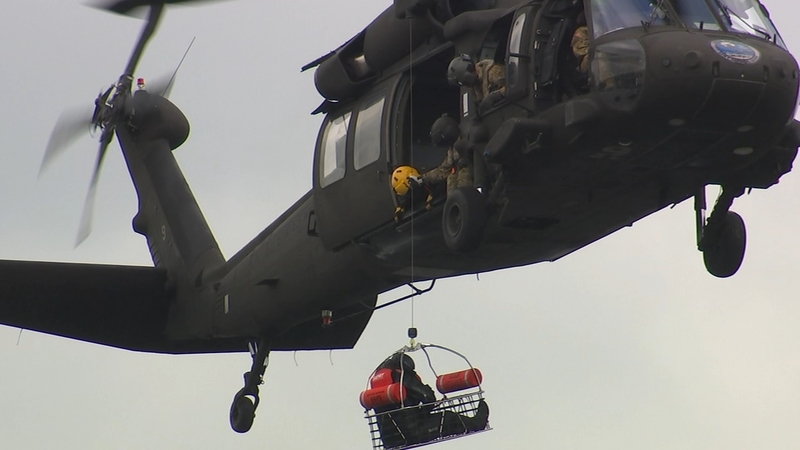 For this kind of training, only perfect practice makes perfect.

"We're moving survivors from a very bad spot to a better spot," Chris Bailey, Search and Rescue Coordinator for North Carolina's Helo-Aquatic Rescue Team, tells the ABC11 I-Team. "If we want to be the national standard, we need to set the standard."

The I-Team joined NC HART for a day-long training at a camp site near Badin Lake.

Philip Morgan is a captain in the Raleigh Fire Department but looks more like Superman as he dangles from the rescue line into the water.

"When we land the first thing we're doing is heading to the victim, on a rooftop, in the water, in a tree," Morgan explains during a break. "We've flown a lot but the victim has never flown before. We have to be confident, be gentle and let them understand it's a smooth right out."

The team's fleet consists of 11 helicopters, including the NC National Guard's UH-60 Blackhawks and LUH 72 Lakotas, plus Bell 407s from the North Carolina State Highway Patrol. Though they're primarily stationed in Salisbury, Raleigh and Garner, the unique structure of the 100+ member crew enables HART squads to conduct timely missions across the state.

"An hour can be the difference between saving somebody and someone unfortunately dying," Bailey lamented. "While water might be going into someone's home from the time it starts raining, it hasn't reached its peak yet once the rain has stopped."

NC HART is a program under the umbrella of North Carolina Emergency Management.