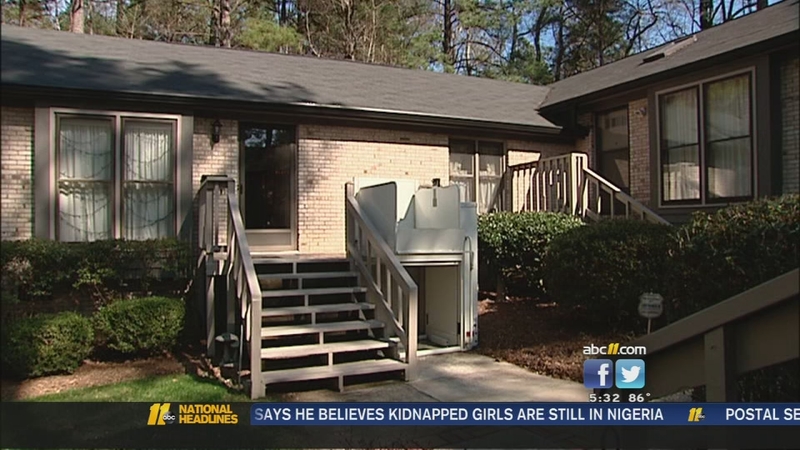 EMBED <>More Videos
DURHAM (WTVD) -- A homeowner who found herself in a dispute with her homeowner's association over a handicap lift turned to the ABC11 Troubleshooter for help.

Rebecca Cunningham was told she needed to paint her handicap lift or face fines. HOA's have all kinds of powers, but this was one change Cunningham was not willing to make.

The handicap lift has been the same color since it was installed four years ago at Cunningham's Triangle home.

Cunningham said the color of her lift has never been an issue even when the porches were blue, but she says when all the porches were repainted to a new color it became an issue. Cunningham was sent a notice that charged her with violating the HOA covenants. She then got a letter from the installer of the lift that states he does not recommend repainting over the factory paint.

"I said, 'Should we paint the lift?' and he said, 'Well, not really because if you start painting over those screws,' He goes, 'I'm going to have a really hard time getting in there.'"

"I gave them the letter, asked all of my neighbors here in the building to sign the letter also, stating that they didn't mind the lift or its color," she said.

Cunningham appealed to the board, but lost.

"I had 30 days to do so or they were going to start fining me $25 dollars a day," said Cunningham. "And they can do that up till they got a lien on your house and take it away from you.  So I contacted you at that point."

I got in touch with Cunningham's HOA, and their attorney told me while the HOA would like for it to match, they contacted the manufacturer of the lift, who would not put in writing that it could be painted. So now, Cunningham can keep her lift the original color.

The attorney for the HOA said the manufacturer originally said it could be painted over the phone, but when asked to put it in writing said they would not do that.