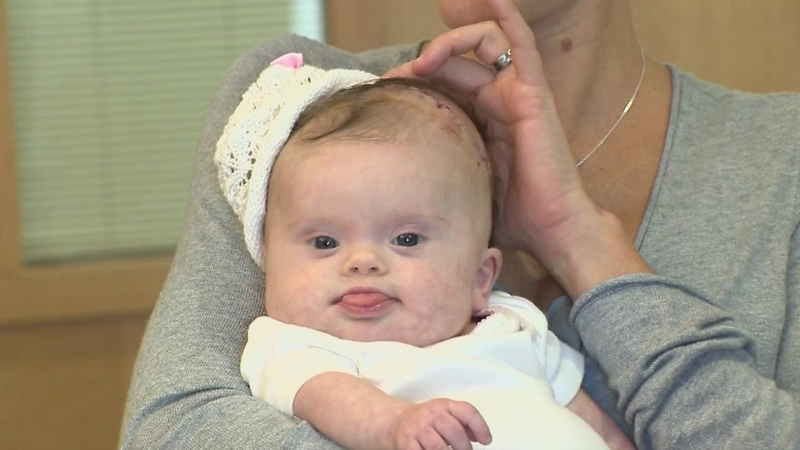 Baby given second chance at life

BOSTON -- Abigail Jones was diagnosed while still in the womb with a large brain tumor that doctors told her parents would be fatal. Now nine weeks old, Abigail has a bright future ahead of her thanks to a second opinion in Boston that led to a second chance at life.

When she was born, the Jacksonville, Fla., family braced for the worst and put their lives on hold.

"We would spend all day just looking at her in amazement, but also with the gut-wrenching pain that it could be the last day you had with her," says her father Stephen.

The Jones planned a funeral and even took family photos, but then something happened: baby Abigail got better, not worse.

"She ate, she gained weight, she looked great," says Erika. "She was thriving, she was certainly not dying."

That's when the family decided to get a second opinion at Children's Hospital in Boston.

"There are sometimes tumors that are not malignant that can look malignant," says Dr. Alan Cohen, neurosurgeon-in-chief at Children's Hospital. "And we thought there wasn't enough evidence to give her a death sentence, so we said, 'Why don't you come up here and we'll take a look at this thing and maybe we can take it out.'"

The surgery was successful and doctors found the tumor was not even cancerous.

"We were telling people and people just couldn't believe it," Stephen says.

"When he said we got it all, it was like she was born again," says Erika. "She had a new life now."