Raleigh road is a new battleground in abortion debate 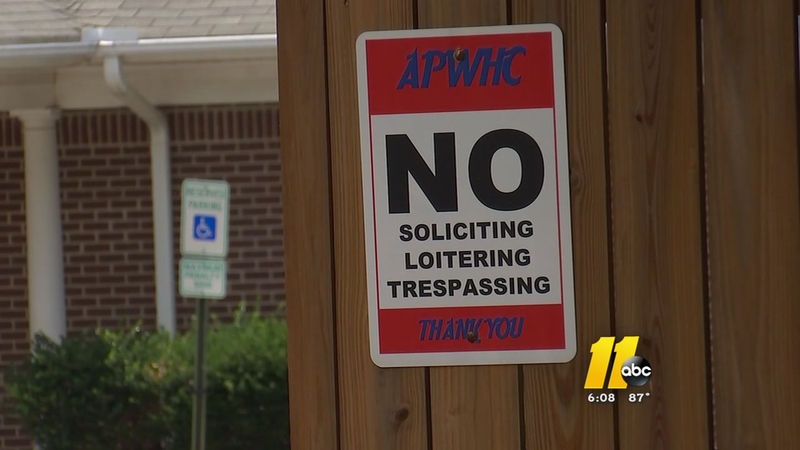 RALEIGH (WTVD) -- A stretch of Jones Franklin Road has become a battleground in the "Pro-Life, Pro-Choice" debate. An anti-abortion center is pushing to move right next door to a clinic that perform the procedures.

There was a public hearing Tuesday afternoon, and the Raleigh City Council is considering to rezone the area.

Preferred Women's Health Center has been at 1604 Jones Franklin Road in Raleigh since 1997. There have been a number of protests throughout the years.

"It is irresponsible'" said Preferred Women's Health Center Spokesperson Calla Hales. "I have been physically attacked in the last year and targeted by, not necessarily protestors from Hand of Hope, but a known anti-choice protester."

Hand of Hope is looking to set up shop at 1502 Jones Franklin Road. The non-profit is a conservative, Christian organization. Hand of Hope is already working in the area, less than half a mile away.

Executive Director Tonya Baker Nelson says the motive is simply to lure away patients, not to picket.

"Why would we automatically start our relationship off antagonistically? That's not who we are. We don't do that," Nelson said. "It's no secret that we're both actively recruiting the same clientele. That's who we are; that's why we do business."

"To have them next door to us to escalate so more people are exposed to that violence, I think Raleigh needs to pay attention to that," Hales said.

There will be another public hearing at 7 p.m. July 5 during the Raleigh City Council's meeting.