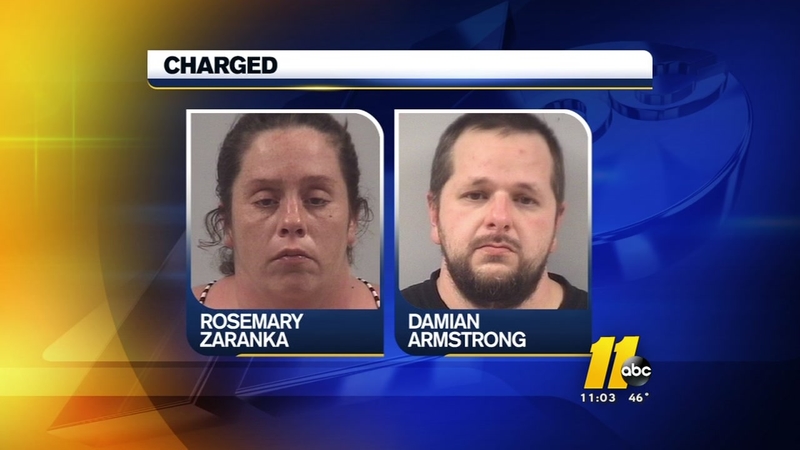 The Johnston County couple accused of abuse and neglect said investigators have it all wrong.

Johnston County Sheriff's Capt. Jeff Caldwell called the incident one of the worst cases of abuse in the history of his department.

The couple argued there's more to the story.

Standing at their front door after having their bond posted, they admitted Zaranka's stepsister is hard to care for.

Around 12:30 a.m. Saturday, deputies and EMS went to a home in the 5800 block of Benson-Hardee Road outside of Benson where they found the 28-year-old woman with multiple injuries.

The woman was semi-conscious, and the injuries included hair loss, bruises, lacerations, and swelling about the body.

Zaranka and Armstrong said Zaranka's stepsister would often hurt herself and pick at small cuts or abrasions and make them worse. They also said she would refuse to eat for long stretches at a time.

Armstrong said late Friday into early Saturday morning they noticed she wasn't eating and said she "seemed out of it" so they called for help. She was rushed to Johnston Medical Center in Smithfield then transferred to WakeMed in Raleigh where she was listed in critical condition Monday.

Caldwell said the stepsister and boyfriend claimed the disabled woman had left the home for two weeks and returned in poor condition. However, medical officials said it appeared some of the wounds had been present for months and the woman was bedridden.

Caldwell said the couple eventually admitted that story was a lie and said they were not adequately prepared to care for someone like Zaranka's stepsister.

Zaranka and Armstrong were in the Johnston County jail Monday under a $150,000 bond each. Zaranka said her stepsister's father actually posted their bail and said the family is on their side.

They also point out that they still have their 9-year-old son in their care.

Zaranka and Armstrong said they plan to fight the charges.