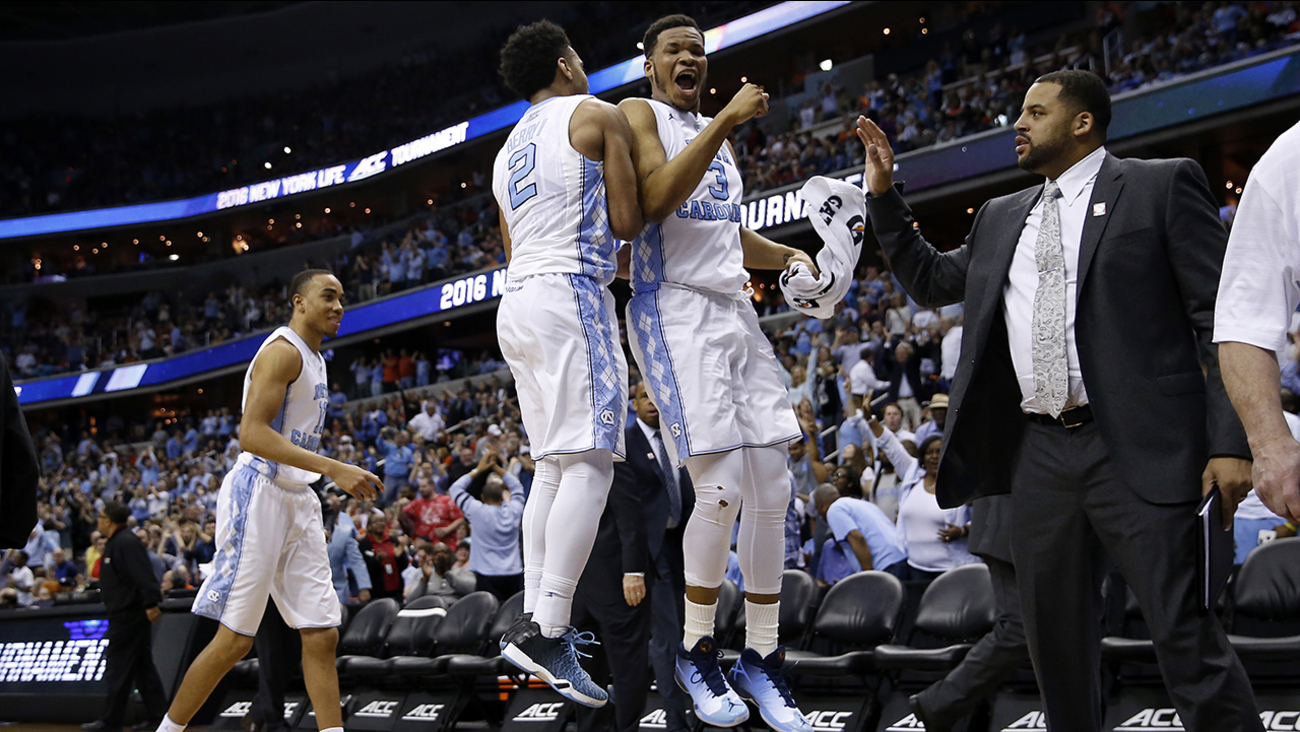 UNC (27-6) reached its record 34th ACC title game and fifth in the past six years. But the Tar Heels have gone 0-4 in finals in that span, including a loss to the Fighting Irish a year ago.

UNC will meet Virginia or Miami on Saturday.

Whatever doubts there might have been about the Tar Heels as the NCAAs approach - Could they succeed without much from leading scorer Brice Johnson? Could Paige pull out of his shooting slump? Could the team display enough defensive toughness? - were wiped away during the game-changing run.

In sum, this was relentless and riveting. And it all happened with Johnson on the sideline, sitting with two fouls.

Paige had half of his 16 points during the big, rout-making run, and that might have been the best news of all for UNC. He was supposed to be one of the team's stars but has struggled much of the year, and was shooting less than 30 percent over his previous three games.

Four others scored in double-figures for North Carolina, including Johnson with and Joel Berry II with 12 apiece.

Bonzie Colson led Notre Dame with 15 points, while Zach Auguste had six points and 10 rebounds after getting 19 and 22 in a quarterfinal victory over Duke.

With more size up front, North Carolina was able to seize control under the basket. By halftime, the Tar Heels held edges of 21-12 in total rebounds and 18-4 on points in the paint.

The semifinal was tight and tense early, which made sense, given that Notre Dame (21-11) had won the teams' past three meetings. The Tar Heels were ahead by only a single point, at 23-22, with a little more than 6 minutes remaining until halftime.

And then everything changed.

North Carolina just kept pouring it on, scoring outside and inside, from consecutive 3-pointers by Paige to a steal and end-to-end drive for a layup by Theo Pinson.

Notre Dame, meanwhile, wouldn't score a point - not a jumper, not a layup, not a putback, not a 3-pointer, not even a foul shot, nothing - until there were nearly 3 1/2 minutes gone in the second half. By then, when Colson stepped to the line and made a pair of free throws, North Carolina's lead had reached 47-22.

In all, the Fighting Irish went more than 11 minutes between field goals, and eventually trailed by as many as 35 points.

Sure, Notre Dame wiped out a 16-point deficit to beat Duke in overtime Thursday. And the Fighting Irish erased a 15-point hole while coming back to defeat North Carolina on Feb. 16. This, however, was entirely different.

North Carolina: Earned its 95th win in ACC Tournament action, tying rival Duke for the most in league history. ... Has allowed only one opponent all season to accumulate a shooting percentage of .500 or better (Maryland, at .508, on Dec. 1).

North Carolina: Plays No. 4 Virginia or No. 11 Miami on Saturday.

Notre Dame: NCAA Tournament, time and place to be determined.