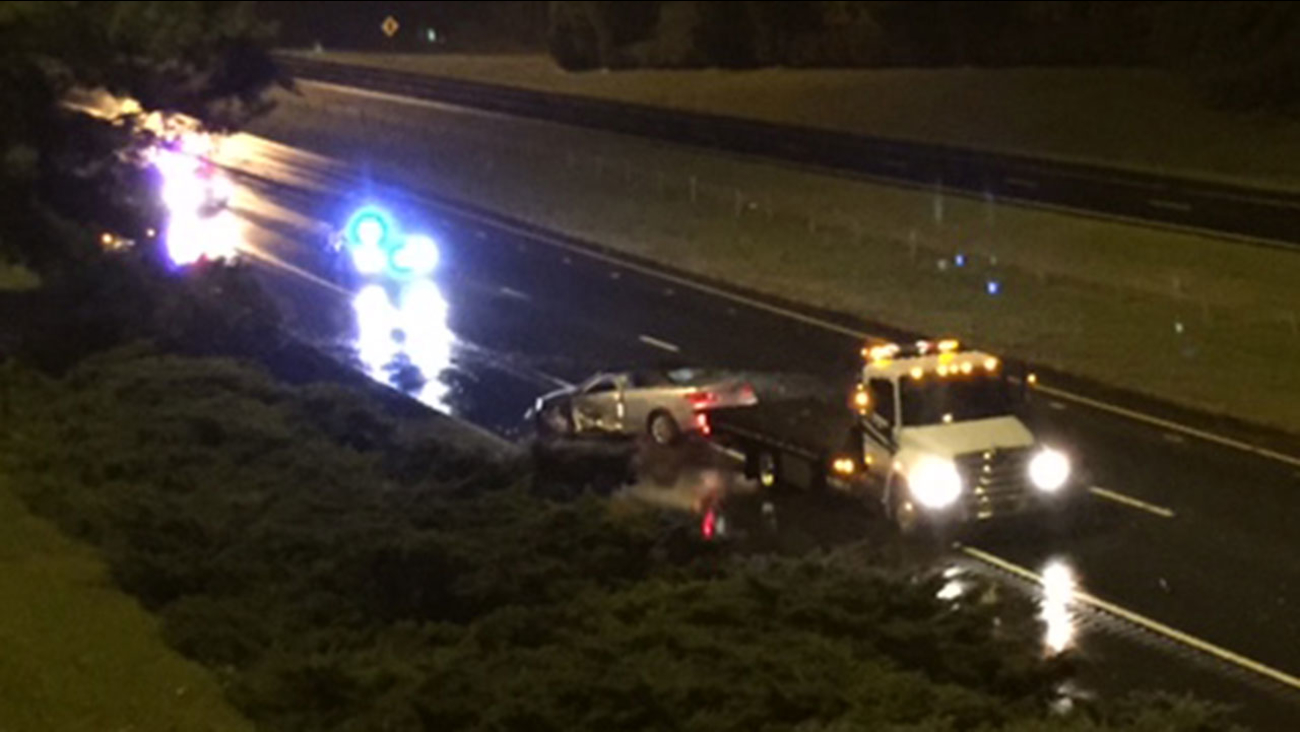 Accident along northbound Hwy-147 at Alexander Drive in Durham.

Rain and slick roads were to blame for several accidents around the Triangle early Friday morning.

An accident along eastbound Interstate 40 caused a major slowdown as drivers tried to avoid wreckage debris in the roadway.

Multiple vehicles were seen on the side of the highway just before Harrison Avenue in Cary around 6 a.m.

Here's look at slowdown on 40EB before Harrison, debris in rd due to accident, multiple vehicles on side of rd #abc11 pic.twitter.com/m2O5W57yET

It is unclear if anyone was hurt.

Other accidents were reported in the Raleigh area on I-40 along the east and westbound lanes at Gorman Street, I-440 at New Bern Avenue, I-440 at Poole Road, and on US-64 at US-55 in Apex.

Another wreck check from @BigweatherABC11 filling in for @Rupintaabc11. This one on I-440 @ New Bern Ave. pic.twitter.com/wDQsAQ1RA7

Hours earlier Durham, a silver convertible was in some sort of accident and was blocking the right northbound lane of HWY-147 near Alexander Drive.

Shortly after that, a second accident occurred around 3:45 a.m. It appeared as though a tractor-trailer hit the convertible while it was disabled in the road.

Police had the right lane blocked off to clear the scene.

Accident on 147 NB at Alexander in Durham, convertible appears to have been in 1 ax then hit again by tractor trailer pic.twitter.com/DpAYjmIKSk

Ambulances were called and took at least one person away, but it was unclear the extent of their injuries.