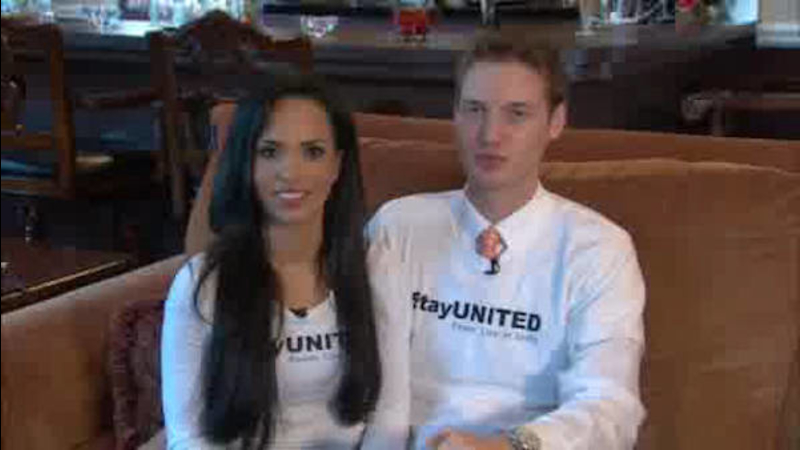 Local couple performs acts of kindness in all 50 states

ORANGEBURG, N.Y. -- We all know weddings can be expensive, but a New York couple decided rather than spending the money on themselves, to paying it forward with 50 acts of kindness.

That's a single act in all 50 states.

"There wasn't really that typical moment when the guy proposes to the girl," said Mark Svensson of 50 Acts of Giving Back.

That's not surprising since there's nothing ordinary about this couple, who right now is in the midst of doing something extraordinary.

"We both realized, what really made us happy was helping people in need," said Ismini Svensson of 50 Acts of Giving Back.

While planning their wedding, Ismini and Mark decided that's not what they really wanted to do.

So they bagged the idea of a ceremony and honeymoon and instead set out to visit all 50 states and in each, perform one act of kindness.

"The love and support we received was tremendous and we will cherish these memories forever," said Ismini.

They pick up the entire tab and through social media, ask people in each state, what's needed and where.

They've been on the road for two years with their 16-month-old daughter along for the life-changing ride. Like when the couple visited a lady in North Carolina who was dying from lung cancer.

"She said I was in pain and lonely and I was praying for a miracle and you guys opened the door and you showed up with flowers and presents and I will never forget that moment," said Ismini.

They've traveled by car, train, bus and plane but not yet by boat.

They call it 50 Acts of Giving Back, inspired by Ismini's father, who passed away suddenly at a charity event.

The initiative has been so successful that people started sending them money, which they used to start their own non-profit, Stay United, geared towards helping children in New York.

"The message is everyone can do something to make a difference, even in their own communities, even if it's a compliment to someone, you never know the impact it may have on someone," Mark said.

Ismini and Mark plan to head to the Midwest next, then the Pacific Northwest, Alaska, and then wrap up their incredible journey in, of all places, Hawaii. So for the couple who may not have wedding pictures, these, they feel, are telling a more rewarding story.

Click here for more information on 50 Acts of Giving Back.