But there is a way you can help uplift these seniors.

Facebook groups are popping up called Adopt a Senior 2020. A group specifically for Wake County high school seniors was started by Kristie Boyer.

"I just want them to know people care and just bring something small to them, a little bit of sunshine during this dark time." Boyer started the Facebook group after seeing how her nephew Jonah, who goes to Cary High School, was affected.

"I had just seen in the last couple of weeks his spirits really down in the dumps, varsity baseball canceled, prom canceled, it was going to be his only prom, and I just started seeing depression creeping in, and the family has been supporting him, and I said let's start a local page," Boyer said.

Here's how it works: If you have a high school senior in Wake County, you post their picture and school information. Then someone in the Facebook group adopts that senior and showers them with encouraging words, random acts of kindness, and gifts.

These are just a few of the seniors who already got their swag after being adopted by someone in the community:


Boyer said the group has really taken off in Wake County as more than 300 seniors are already adopted.

"My inbox is full of messages from parents that this really brightens (their) senior's day," she added.

The Adopt-a-Senior Group is not just in Wake County, but also in Johnston, Franklin, and Granville counties. There is also a national group with more than 98,000 members.

For safety reasons, Wake County's group is private, so you do need to be referred or request to join.

Jasmine Hammer, a senior at Apex High School, was adopted by someone in the group.

"I've never met the person that adopted me, so she picked me, and it's because I liked Disney, so did she," Jasmine said. " She does graphic design, so do I. So, it was the perfect pair, and she sent me gifts, and it was the sweetest thing ever. It was the best surprise." 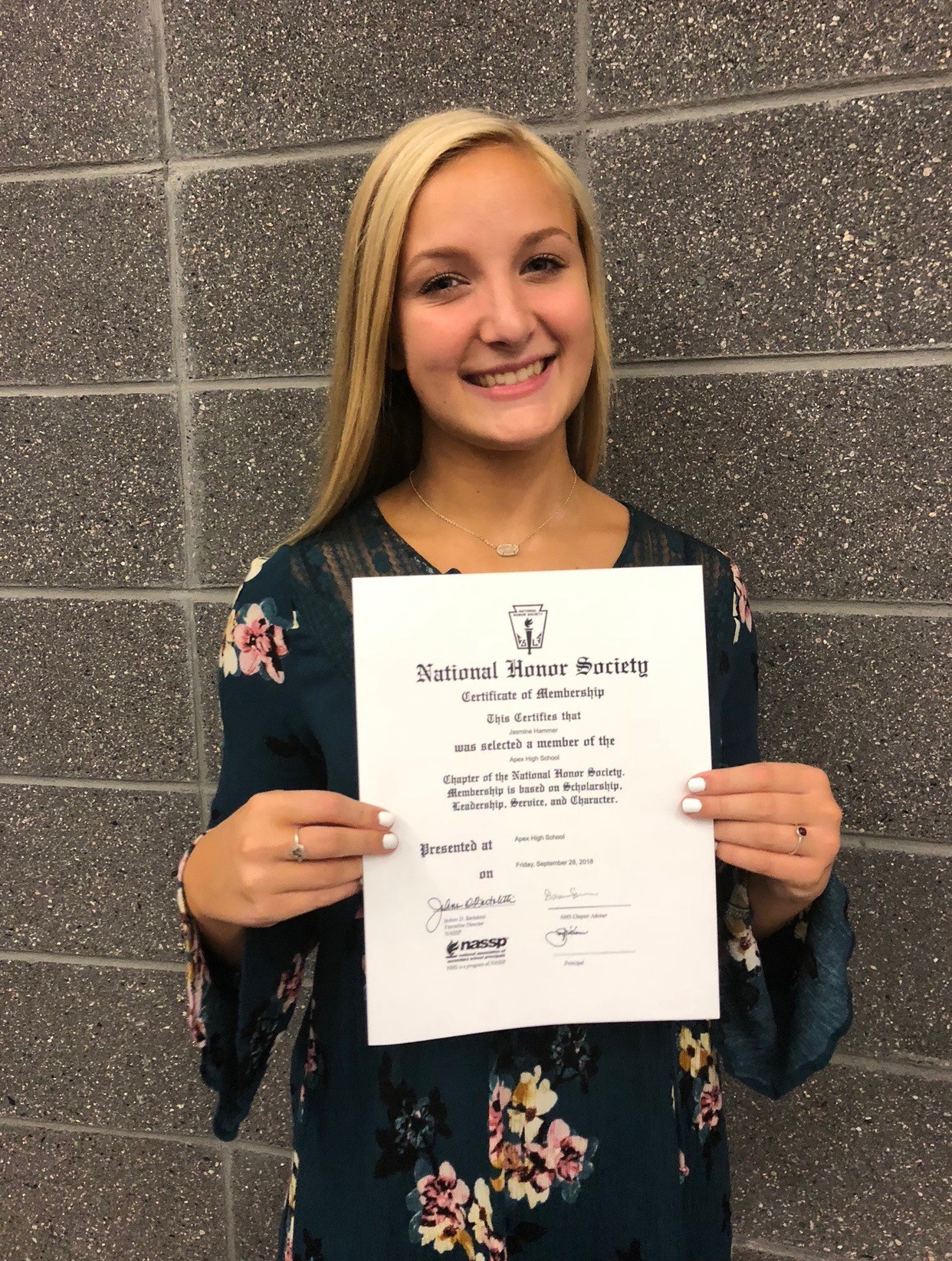 Courtesy of the Hammer family

Jasmine, who is the captain of her cheerleading squad and is also on the stunt team, plus the National Honor Society, said she was crushed when her senior year was cut short because of the viral outbreak.

"I don't know when I'm going to see my friends again. I'm going to be going away so far for college. I'm kind of holding out hope but kind of just playing it day by day," Jasmine said.

Her mom signed up to be adopted in the Facebook group, and Jasmine said it was such a great surprise.

"She dropped it off, and she drove by because you have to stay apart, but I saw her, and we talked from a distance. She was real careful with everything and made sure it was made for me," Jasmine said. 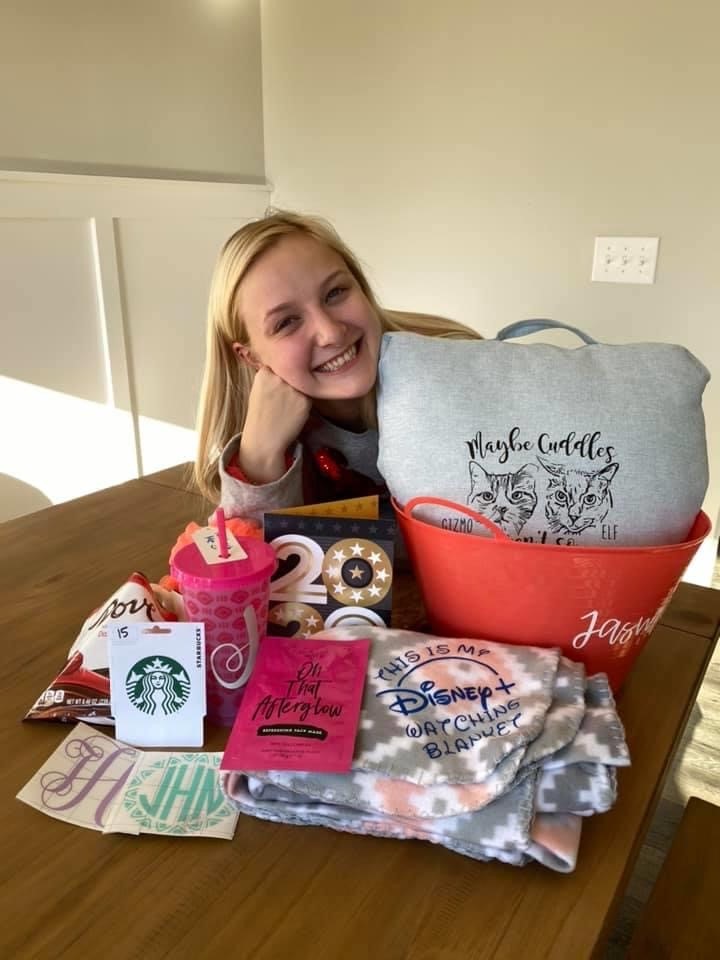 She is still enjoying the basket of goodies and says it helped lift her spirits.

"It was a really great thing that brightened my day. It was kind of like something great that happened while I'm stuck at home," she said.

The Adopt a Senior 2020 Wake County Facebook page will stay open through the end of May. You still have plenty of time to adopt a senior and shower them with some surprises. The goal is to have 100 percent of the seniors sponsored.
Report a correction or typo
Related topics:
societyapexraleighwake countysocial distancingeducationhigh schoolgraduationcoronavirusseniorsfeel goodstudents
Copyright © 2020 WTVD-TV. All Rights Reserved.
More Videos
From CNN Newsource affiliates
TOP STORIES