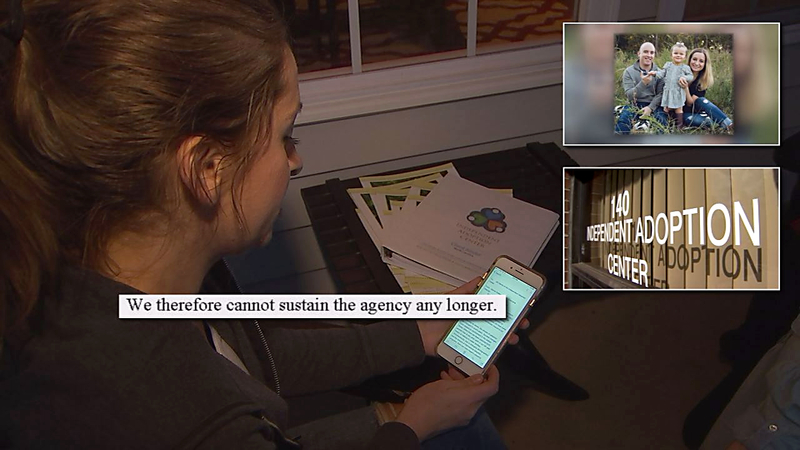 Independent Adoption Center sent an email to clients Tuesday notifying them the agency is bankrupt.

"It says on their press release that we had all been notified weeks ago that this was happening, and we found out hours after they had done it," Tarah McGrath said.

McGrath and her husband were in the process of adopting a sibling with IAC for their adoptive daughter, Aria.

The couple waited two years and invested more than $15,000 with the non-profit.

IAC operates in 16 states and received an A+ with the Better Business Bureau.

Tax records between 2000 and 2014 showed the business was thriving.

It is unclear how many families in North Carolina are affected and what will happen to their personal information still in possession of the agency.

"It's heartbreaking because this was exhausting," said McGrath. "There are families that poured their whole life savings into it, and now this company is not going to claim responsibility for any of it."