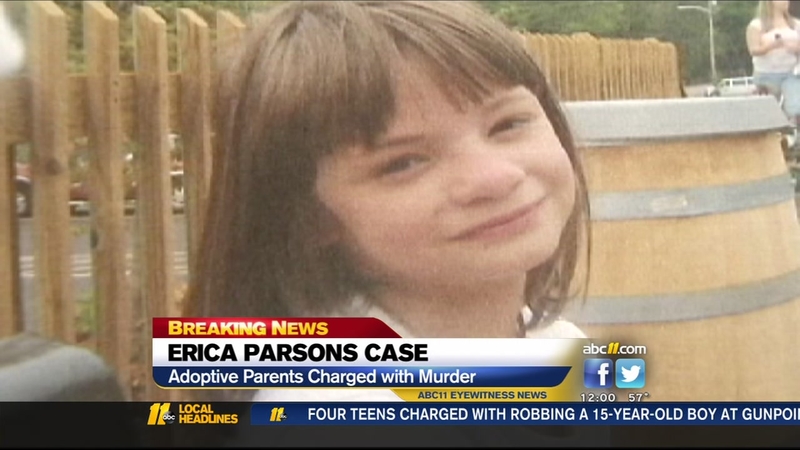 ROWAN COUNTY -- On Tuesday, Rowan County Sheriff Kevin Auten announced that Casey and Sandy Parsons, the adoptive parents of Erica Parsons, will be charged with murder in the death of Erica.

Erica's adopted brother reported her missing in July 2013, but investigators discovered the Rowan County girl had not been seen since 2011.

According to the autopsy report, in the week before her disappearance, Erica's siblings described her as looking gray with sunken eyes, smelling bad with open, oozing cuts, very weak, and complaining of not being able to breathe.

Last Saturday would have been Erica's 20th birthday.