'This is not the way you treat vets': Wife of man shot, killed by deputy says she repeatedly asked VA for help 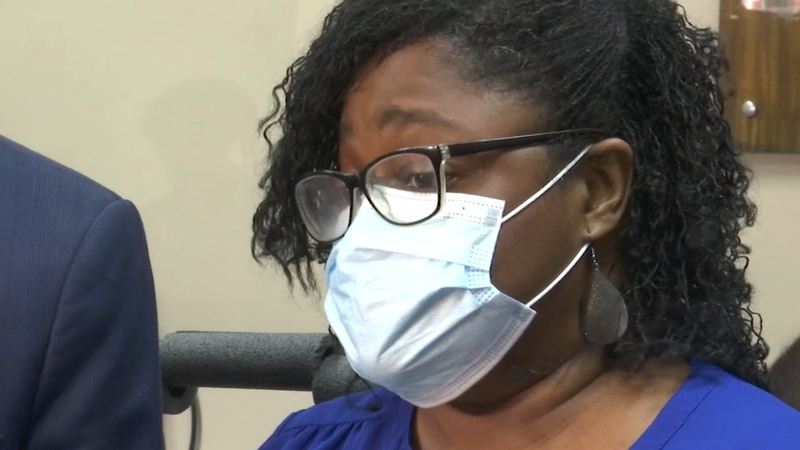 'This is not the way you treat vets': Wife of man shot, killed by deputy says she repeatedly asked VA for help

FAYETTEVILLE, N.C. (WTVD) -- The wife of Adrian Roberts is searching for answers after the 37-year-old was shot and killed by a Cumberland County deputy. Authorities say he was killed after Roberts charged at deputies with a machete.

"You took him away from me. He had dreams. He had children. You shot my husband in his home like a dog. You kicked the door down," said Sabara Roberts. "Our son wants to know what happened to his dad. He wants to know why. I don't have the answers."

Roberts said her husband served a tour overseas in Kuwait. Now, their four children will grow up without a father.

According to the family attorney, Allen Rogers, it is standard for Cumberland County deputies to review and have an affidavit on hand before serving paperwork.

The affidavit and petition for involuntary commitment states that Roberts is a veteran who suffers from PTSD and schizophrenia. The document also states that he was paranoid that government officials were monitoring him, and due to his paranoia, he was arming himself with throwing knives, mace and a machete, which he kept by his bed as he slept and showered. The document also stated that his wife feared for her and the children's safety.

"I was told by the magistrate that they could not do forced entry. I was told I needed to be there to allow them to come inside. Without me being there, they would not be able to come into the home if he did not let them in," said Roberts.

Surveillance video from June shows Mrs. Roberts along with two Cumberland County deputies conducting a welfare check. But the night that her husband died, Sabara Roberts said he was home alone when deputies arrived.

Investigators said they were trying to serve an involuntary commitment order on the man when he charged at deputies with a machete.

She said she wished the VA did more than put a band-aid on a problem by giving him medication and sending him out the door.

"I'm mad. This is not the way you treat vets. He served his country," said Roberts. "Over and over again I pleaded for help. VA help me. VA help me!"

Family and loved ones held an emotional vigil outside the home Adrian Roberts was shot and killed inside on Thursday evening.

Family and loved ones held an emotional vigil outside the home Adrian Roberts was shot and killed inside on Thursday evening.

Adrian's wife broke down during a prayer that another family member said for the family, calling for strength and healing. "I haven't been holding it together. I'm going to be honest, I haven't".


Along with a prayer, some of Adrian's children held framed pictures of their father, who was an Army Veteran.

Despite battling PTSD and schizophrenia, Sabara says she recalls her husband's strength during his battles with both mental disorders.

"He still provided for his family; he didn't miss a beat: he paid all of his bills; he paid his bills on time. You know, he came, he cut his grass, he managed his properties. He had two properties; he managed them both," Sabara added.

Adrian's brother-in-law, Taj Barksdale, along with Sabara, say they want answers for what happened.

"That was the issue: you know, my husband has been committed before; he's had involuntary commitments before. They have never kicked down the door," Sabara said.