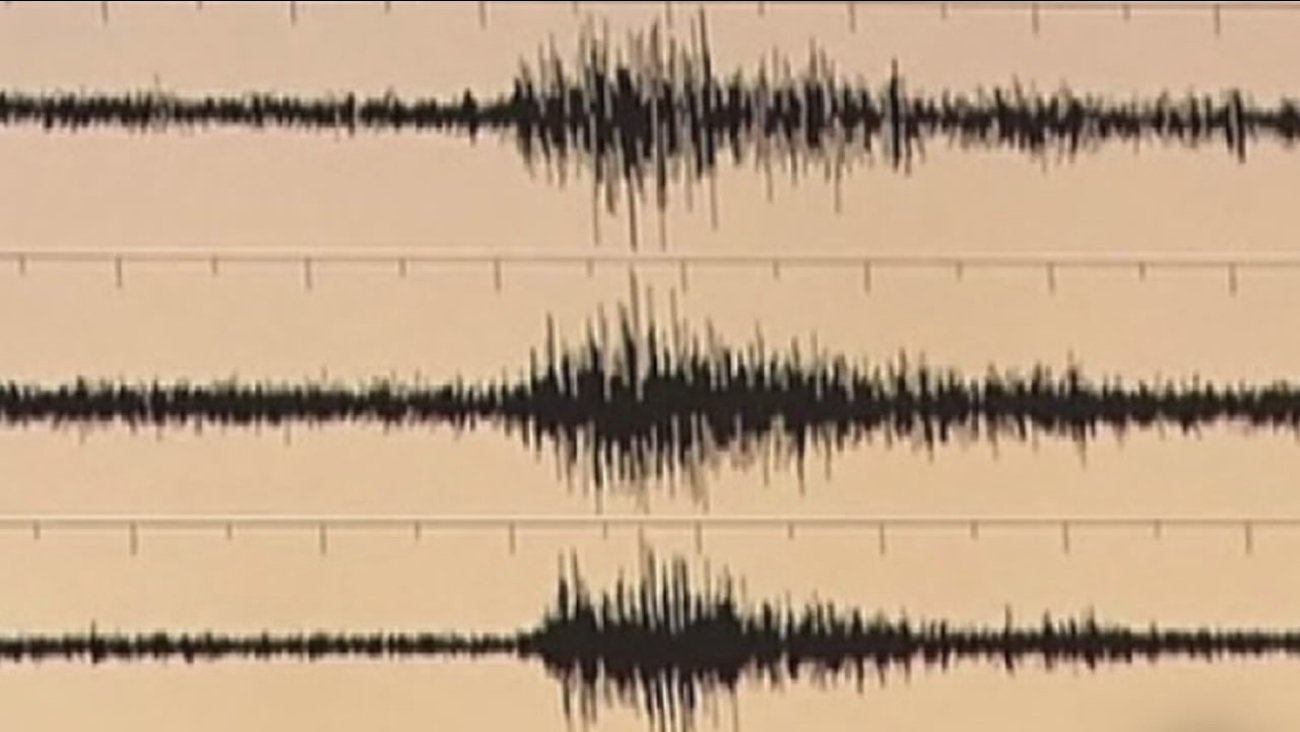 KABUL, Afghanistan -- A strong earthquake in northern Afghanistan shook buildings from Kabul to Delhi, cut power and communications in some areas and caused more than 100 deaths, mainly in Afghanistan and Pakistan.

The U.S. Geological Survey said the epicenter of the 7.5-magnitude earthquake was in the Hindu Kush mountains, in the sparsely populated province of Badakhshan, which borders Pakistan, Tajikistan and China. It said the epicenter was 213 kilometers (130 miles) deep and 73 kilometers (45 miles) south of the provincial capital, Fayzabad.

In Takhar province, west of Badakhshan, at least 12 students at a girls' school were killed in a stampede as they fled shaking buildings, said Sonatullah Taimor, the spokesman for the provincial governor. Another 42 girls were taken to the hospital in the provincial capital of Taluqan.

The highest toll was in eastern Nangarhar province, where eight people died and 78 were wounded. Hazrat Hussain Mashreqiwal, spokesman for the provincial police chief, said several houses were destroyed in Jalalabad city, with destruction also reported in some rural districts.

The toll from the sparsely populated Badakhshan province was likely to rise as reports came in from remote areas. The province is often struck by earthquakes, but casualty figures are usually low.

The province also suffers floods, snowstorms and mudslides, and despite vast mineral deposits is one of Afghanistan's poorest regions. It has recently also been troubled by Taliban-led insurgents, who have used its remote valleys as cover to seize districts as they spread their footprint across the country.

Power was cut across much of the Afghan capital, where tremors were felt for around 45 seconds. Houses shook, walls cracked and cars rolled in the streets. Officials in the capital could not be immediately reached as telephones appeared to be cut across the country.

Afghanistan's Chief Executive Abdullah Abdullah tweeted that the earthquake was the strongest felt in recent decades.

He had earlier called an emergency meeting of disaster officials, which was broadcast live on television. He instructed doctors and hospitals to be prepared to receive and treat casualties.

Abdullah said telecommunications have been disrupted in vast parts of the country, preventing officials from getting a precise picture of damage and casualties. He also warned of aftershocks from the earthquake.

In Pakistan, Zahid Rafiq, an official with the meteorological department, said the quake was felt across the country. In the capital, Islamabad, buildings shook and panicked people poured into the streets, many reciting verses from the Quran.

"I was praying when the massive earthquake rattled my home. I came out in a panic," said Munir Anwar, a resident of Liaquat Pur in Pakistan's eastern Punjab province.

Pakistan's army chief, Gen. Raheel Sharif, ordered troops to the quake-affected areas, the military said in a statement. It gave no further details.

The quake was also felt in the Indian capital New Delhi, though no damage was immediately reported. Office buildings swayed and workers who had just returned from lunch ran out of buildings and gathered in the street or in parking lots.

In Srinagar, the main city in the India-controlled portion of disputed Kashmir, the tremors lasted at least 40 seconds, with buildings swaying and electrical wires swinging wildly, residents said.

"First I thought somebody had banged the door. But within seconds, the earth began shaking below my feet, and that's when I ran out of the building," said government official Naseer Ahmed.

People ran outside, shouting, crying and chanting religious hymns in an effort to keep calm. "I thought it was the end of the world," shopkeeper Iqbal Bhat said.

Srinagar Police Inspector General Syed Javaid Mujtaba Gilani said that "some bridges and buildings have been damaged," including a cracked highway overpass.