After the storm, 'tip and toss' to combat mosquitoes 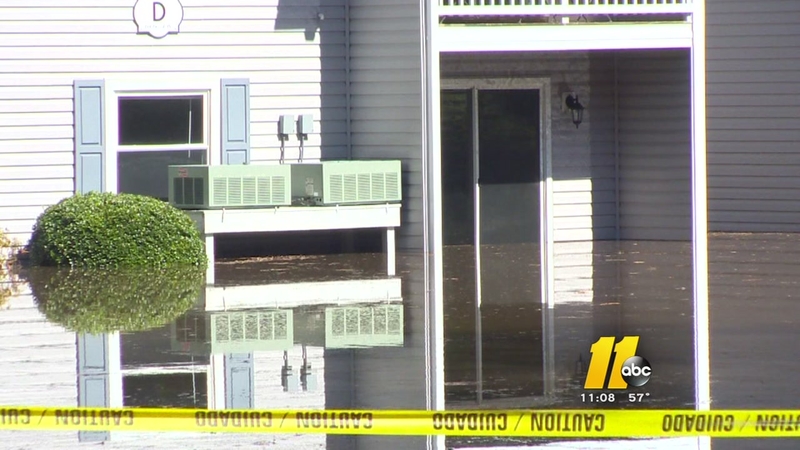 After the storm, mosquitoes are a concern

RALEIGH (WTVD) -- Officials say one of the best things people can do following a storm is to "tip and toss." If there is a container of standing water, you are being advised to dump that water out to limit exposure to bug or insect activity.

The aftermath of Hurricane Matthew has spiked the concern of mosquitoes.

Officials in Greenville trapped more than 700 mosquitoes during surveillance on Wednesday; whereas on a normal night, only 20-30 mosquitoes would be trapped.

"We are trying to give some relief to the residents so they will not be impacted so much on their outdoor activities," said sanitation manager Delbert Bryant. "The population of mosquitoes has risen because of the water and warm weather."

In addition to the bugs and insects, Dr. Michael R. Burchell, assistant professor with North Carolina State University's Department of Biology and Agricultural Engineering, says chemicals, pathogens, and bacteria can be found in floodwater as well. He reminds residents to stay safe by using insect repellant and wearing long-sleeved shirts and long pants.

There is also the potential for other wildlife and insects to co-habitate," Burchell said. "Any type of wildlife that gets swept downstream could congregate on higher land. And they're trying to get back to their natural environment, too."

Burchell also says North Carolinians should keep in mind the different topography across the state.

What residents in Goldsboro experience may be different than people in Lumberton.

"The floodwater is going to have variable amounts of contaminants depending on where the floodwater actually is," Burchell said.

Another concern rests with residents who live near industrial areas. Burchell says those residents face a greater risk of contamination because of their proximity than someone who lives downstream.