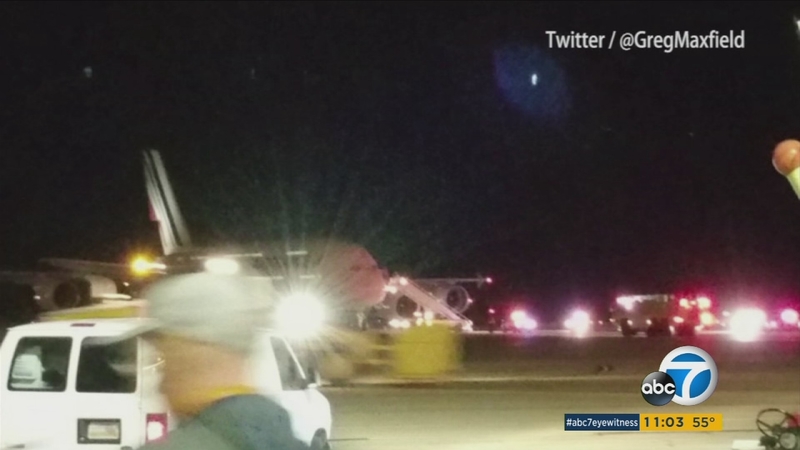 LOS ANGELES -- Air France Flight 065 from Los Angeles International Airport to Paris was diverted to Salt Lake City due to an anonymous bomb threat, according to the Federal Aviation Administration.

The flight landed without further incident at about 7:30 p.m. where hundreds of passengers were deplaned safely. Officials said an anonymous caller threatened that a bomb would go off in 90 minutes.

Another Air France plane, flight 055, departing from Dulles Airport near Washington, D.C. for Paris, was diverted to Halifax, Nova Scotia.

Passengers on flight 055 were also questioned and police K9s called in to search the plane.

The FBI said no explosives were found on the airplanes. The flight diverted to Utah is expected to land in Paris at about 5:10 p.m. local time.

A statement from the airline read in part: "Air France confirms that flights AF055 en route from Washington Dulles to Paris Charles de Gaulle and AF065 from Los Angeles to Paris Chares de Gaulle were subjects of anonymous threats received by after their respective take-offs. As a precautionary measure and to conduct all necessary security checks, Air France, applying the safety regulation in force, decided to request the landings..."

The FBI said the calls were made directly to Air France and now they're trying to identify the source of the calls.