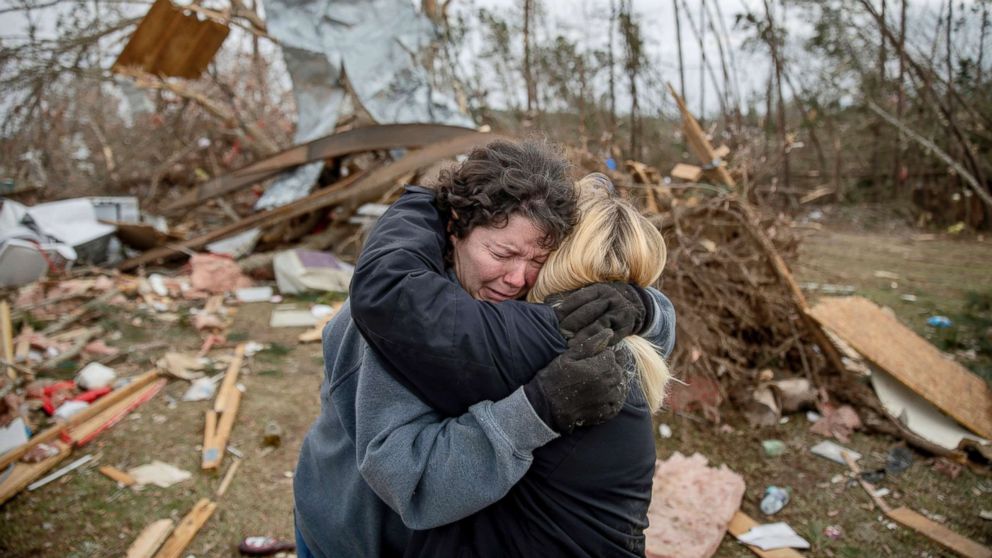 Authorities have released the names of the 23 people, including four young children, who were killed when powerful tornadoes ripped through Lee County, Alabama, on Sunday, leaving the close-knit community of Beauregard in mourning.

This storm brought the highest tornado death toll in the United States since 2013, according to the National Weather Service.

The victims' ages range from 6 to 89, according to the coroner.

Ten of the victims, including 89-year-old Jimmy Jones and 83-year-old Mary Louise Jones, were relatives from one family, according to The Associated Press.


Those killed lived in a roughly one-square-mile area of the town of Beauregard, a resilient, community-oriented town of roughly 9,000, said Lee County Sheriff Jay Jones.

"Never have we witnessed the magnitude of this type of trauma, of tragedy," Rusty Sowell, pastor at the local Providence Baptist Church, told ABC News Tuesday.

Sowell said, however, that he "witnessed a tremendous demonstration of love" when families learned of their loved one's fates.