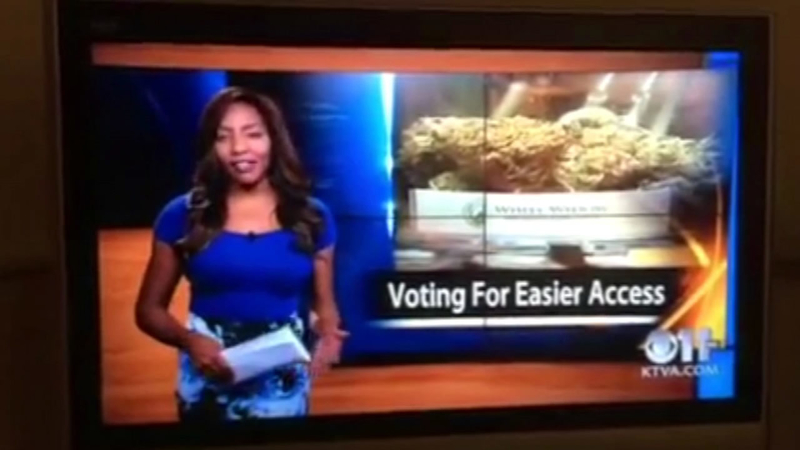 ANCHORAGE, Alaska -- An Alaska television news reporter made a stunning revelation on air.

Charlo Greene had just wrapped up a report on a local pot club during Sunday's 10 p.m. newscast, when she revealed she was the owner of the business. And then she dropped another bomb.

"I, the actual owner of the Alaska Cannabis Club, will be dedicating all of my energy toward fighting for freedom and fairness which begins with legalizing marijuana here in Alaska," she said. "And as for this job well, not that I have a choice, (expletive), I quit.

In a statement on KTVA's website, news director Bert Rudman apologized for Greene's "inappropriate language" and said she was terminated.

Alaska voters decide Nov. 4 whether to legalize recreational pot. Measure 2 would be similar to Washington and Colorado's legalization laws.