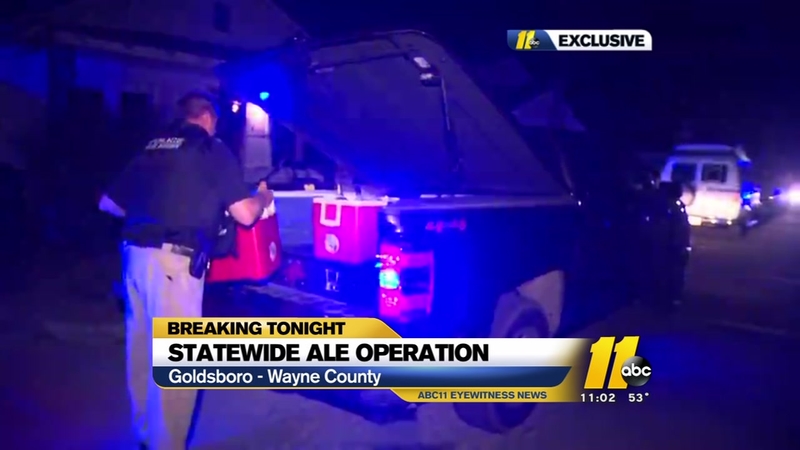 North Carolina's Alcohol Law Enforcement agency conducted a statewide operation to deter violence that has been occurring at nightclubs, bars and restaurants across the state, both licensed by the Alcoholic Beverage Control Commission and unlicensed.

Seven fatal shootings have happened at several locations during November.

The ABC permits at Red Bowl Asian Bistro and Diamondz Gentlemans Club have been subsequently surrendered.

"Every available ALE special agent in the state will be participating in this special statewide operation with one goal in mind: To keep our citizens safe." said Terrance Merriweather, head of ALE. "One of the highest priorities of ALE is to prevent and address violence and other criminal activity at places where alcohol is sold. Our agents, working in partnership with sheriffs and police chiefs, will be out all night enforcing laws in and around these locations."

In Goldsboro on Friday night, several people were arrested and charged. Kenneth L Dixon, 60, faces multiple charges including possession for sale of alcoholic beverages without ABC permits, and maintaining a dwelling for controlled substances.

Johnny Thomas, 77, was charged with sale of alcohol without an ABC permit, and possessession of alcoholic beverages for sale without a permit.

Two other people were arrested for outstanding warrants.