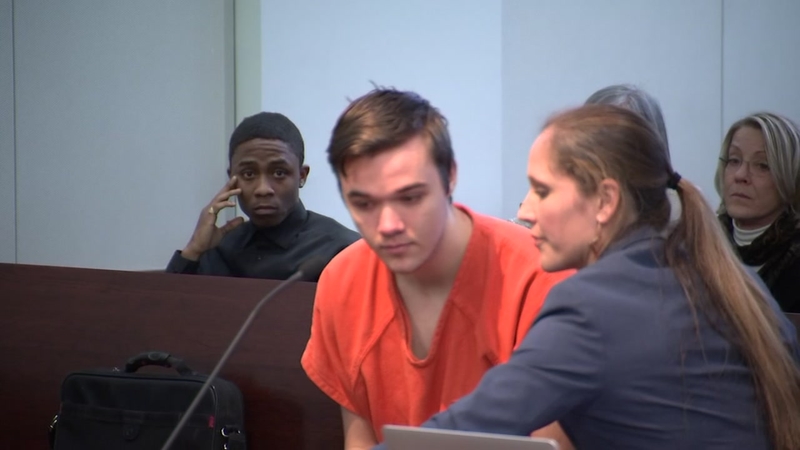 DURHAM, N.C. (WTVD) -- A Durham teen accused of killing his father appeared in court for the first time Monday, where his attorney said his client didn't do it.

He spent the weekend in jail after being arrested Friday for the murder of his own father. Bishop's father, Bill, died in April 2018.

Bishop's defense argued prosecutors had him arrested Friday on purpose, to punish him by keeping him in jail over the weekend.

Judge: 16-year-old Alexander Bishop released on a $250,000 unsecured bond. He has to surrender his passport. The teen is accused of murdering his father, Bill, a wealthy developer in Durham. https://t.co/1Uoko3w71A pic.twitter.com/cFuxv8WBFX

"Are we going to keep punishing this kid for no reason other than he's been charged based on suspicion?" his attorney, Allyn Sharp said.

Investigators contend Alexander Bishop may have had financial motive and pointed to searches on the teen's phone about transferring funds, calculating estates and the price of gold.

Bishop was indicted Feb. 18 on accusations that he strangled his father using a dog leash, which was still attached to the family dog.

Alexander Bishop charged with murdering his father. His attorney says. “He did not kill his father.” #ABC11 pic.twitter.com/JwkLbKnjn2

The defense team argued Bishop had no motive to kill his father. Attorneys said the last 10 months of the police investigation had been a fishing expedition.

"Alexander Bishop did not kill his father," Sharp said.

Ultimately the judge issued Bishop an unsecured $250,000 bond and forced him to give up his passport.

By Monday afternoon, Bishop was out on bond and maintaining his innocence.