Loved ones gather to remember mother murdered in Fayetteville 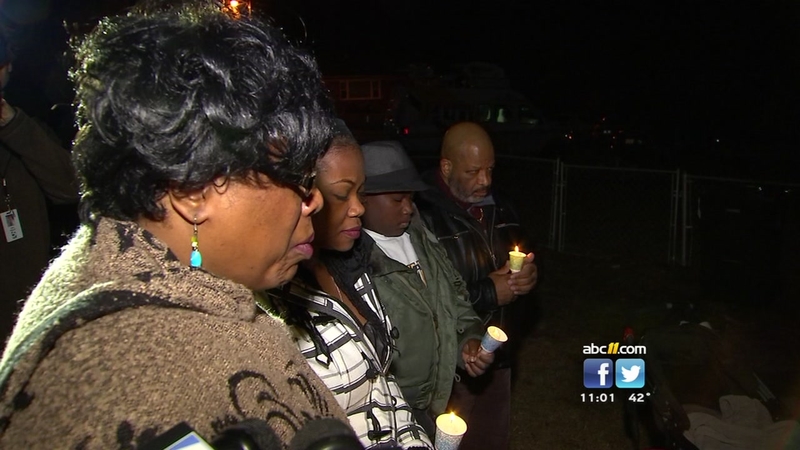 FAYETTEVILLE (WTVD) -- Friends and family held a vigil Sunday night to remember the life of a Fayetteville mother who was murdered.

The vigil outside Amanda Williams' home became a platform to express hurt.

Police said Williams was fatally stabbed by her boyfriend Wednesday night. When officers arrived after a 911 call from Williams' son, they said they found Mark Anthony Hicks standing over Williams.
Hicks was shot and killed after lunging at officers, police said.

Loved ones gathered Sunday with candles to pray. They also want to bring awareness to domestic violence issues.

An estimated two people die each week in North Carolina at the hands of the person they're in a relationship with, according to the National Coalition Against Domestic Violence.

Police said Hicks called 911 and admitted he stabbed the mother of three to death.

Hicks' family members were at the vigil and said they are grieving with Williams' family.

Williams' funeral will be in her hometown of Stillwater, Oklahoma, but there will be a wake Friday in Fayetteville at Wiseman Funeral Home, 431 Cumberland St. The wake will run from 2 p.m. to 7 p.m. Family will be present from 5 p.m. to 7 p.m.