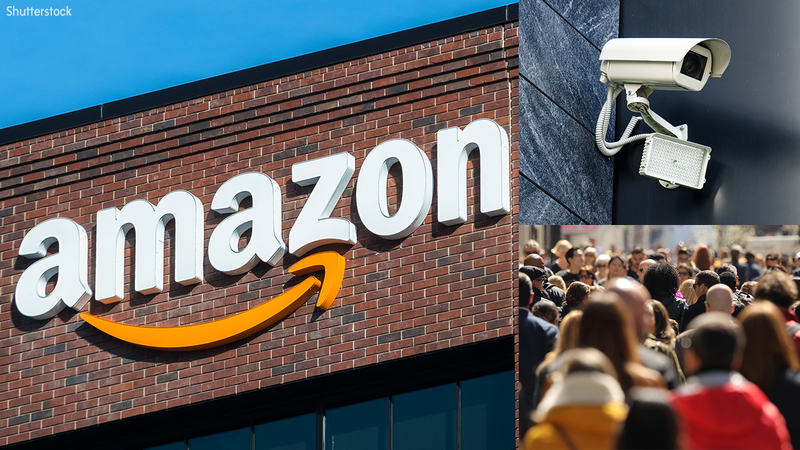 The service, called "Rekognition," uses artificial intelligence to identify, track and analyze faces in real time. According to Amazon, the service can "analyze billions of images and videos daily, and requires no machine learning expertise to use."

The ACLU said in a blog post about the program: "People should be free to walk down the street without being watched by the government. By automating mass surveillance, facial recognition systems like Rekognition threaten this freedom, posing a particular threat to communities already unjustly targeted in the current political climate. Once powerful surveillance systems like these are built and deployed, the harm will be extremely difficult to undo."

Rekognition was released in late 2016, with the sheriff's office in Washington County, Oregon, as its first customers, according to the Associated Press. The department uses the service about 20 times per day.

"We are not mass-collecting. We are not putting a camera out on a street corner," Deputy Jeff Talbot, a spokesman for the sheriff's office told the AP. "We want our local community to be aware of what we're doing, how we're using it to solve crimes - what it is and, just as importantly, what it is not."

In a presentation from a developer conference in Seoul, South Korea, Amazon's Ranju Das said, "It's about recognizing people, it's about tracking people, and then it's about doing this in real time, so that the law enforcement officers ... can be then alerted in real time to events that are happening."

In an email to the AP, the Orlando Police Department said they are "not using the technology in an investigative capacity or in any public spaces at this time."

"The purpose of a pilot program such as this, is to address any concerns that arise as the new technology is tested," the statement said. "Any use of the system will be in accordance with current and applicable law. We are always looking for new solutions to further our ability to keep the residents and visitors of Orlando safe."
Report a correction or typo
Related topics:
technologyamazonpolice officerpolice
Copyright © 2022 WTVD-TV. All Rights Reserved.
TOP STORIES
Snow expected overnight Friday into early Saturday morning
Former NCSU footballer Torry Holt named to NC Sports Hall of Fame
Durham police issue warrants for suspects in hit and run crash
Two high school seniors receive surprise early graduation
Biden confirms he will nominate first Black woman to SCOTUS
'It's difficult': Clayton ICU nurse remains hopeful despite challenges
Change being made to Holocaust curriculum in NC public schools
Show More
Frigid temperatures leave Durham families in the cold
LATEST: N95 masks expected to arrive at CVS, Walgreens
Here's why thousands of NC employees still are not working
Brazen burglary of Raleigh shoe store caught on camera
Family of murder victim hopes billboard leads to arrest in case
More TOP STORIES News