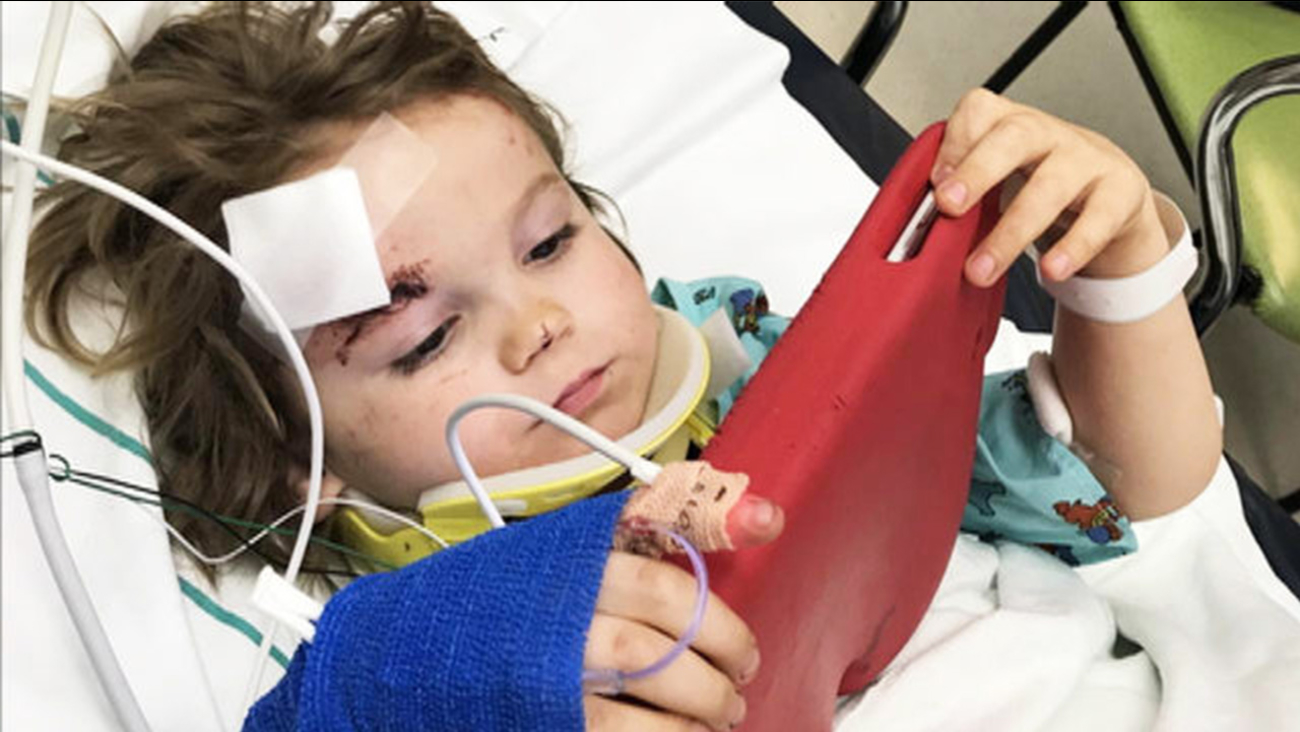 A father and son are recovering after being hit by teens stealing beer (Credit: WSOC)

CHARLOTTE, NC -- A father is still recovering in the hospital days after he and his 4-year-old son were run over by a teenager in the parking lot of a Charlotte shopping center.

Police said the teen stole a 24-pack of Bud Light from a Harris Teeter Tuesday night and ran out of the store.

The thief then jumped into a waiting car, which sped away and collided with 41-year-old Nathan Green and his 4-year-old son, knocking them both to the ground.

Green suffered multiple skull fractures, and the boy had a deep gash on his head.

Even though the 4-year-old's forehead was cut deep, his mother said his questions cut even deeper.

"He will pause and get teary-eyed and say, "Mom, I don't understand why someone wants to run me over. Mommy, why I get hit by a car? Mommy, why were they in a hurry? Where were they going?'"