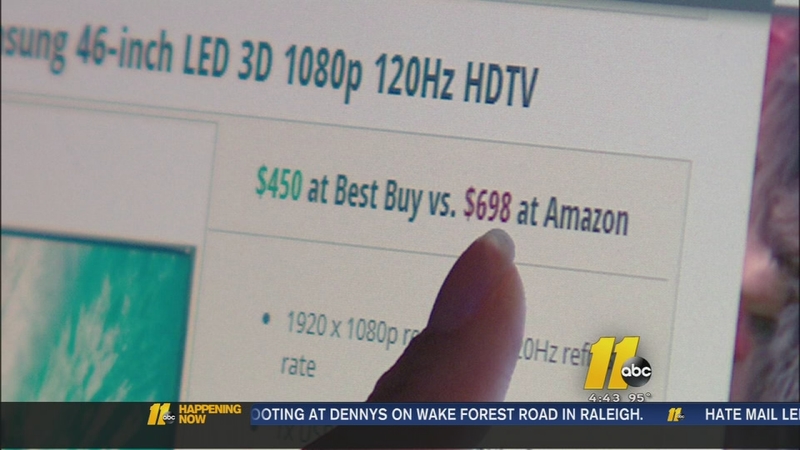 For convenience and price, Amazon is a go to online retailer for many shoppers.

As a mom of several small children, Amazon.com is an easy solution for Wake County mom Erin Johnson.

"It's hard to get out with little kids," explained Johnson. "I can just buy it and have it shipped to the house. It's convenient."

Johnson isn't alone. According to experts, Amazon owns 10-percent of North American E-commerce. To put that in perspective, Office Depot, Staples, Apple, Dell, Wal-Mart, and Sears combined all own another 10-percent.

So, its no wonder Amazon's prices are hard to beat.

But, a new feature on the deals site Bensbargains.net helps you find items that are Cheaper than Amazon.

For example, from the week of July 7 deals, Cheaper than Amazon found a Samsung 40 inch LED listed at $450 at BestBuy and $698 at Amazon. So, savings can be pretty significant, but, in some cases, the deals may be short lived so you need to act fast.

"Some of the bigger retailers will have daily deals or weekly deals and when you are looking at those, some are a lot cheaper than Amazon is offering. It might be a limited time," said Cook. "Often times the really good deals will be around for 24 or 48 hours and then Amazon will be the best deal again."

But, to make sure you are getting the best deal, all it takes is one click to price compare and find out if it's offered somewhere cheaper than Amazon.

Bensbargains.net releases updates on the Cheaper than Amazon section weekly.