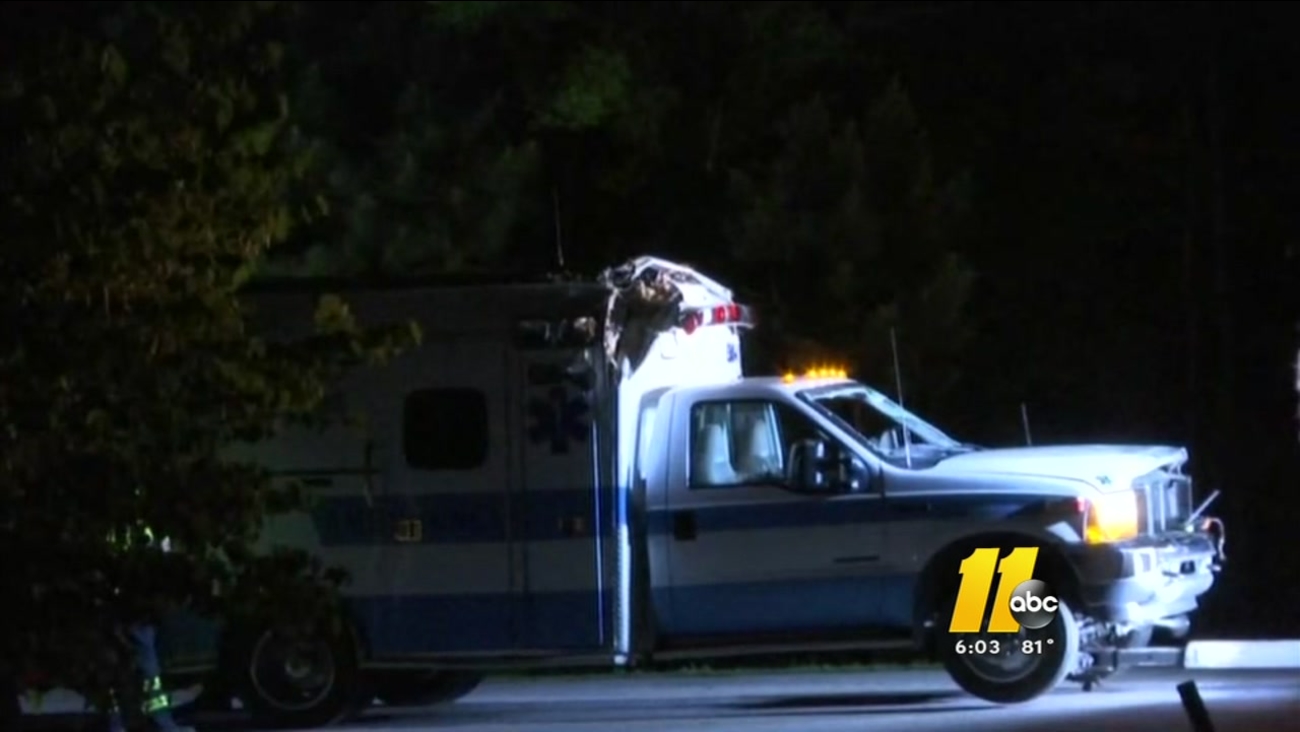 Troopers say a driver crashed into an ambulance, causing it to flip over. The driver then fled on foot. (WTVD)

RALEIGH (WTVD) -- State troopers have found and arrested a man in connection with a hit-and-run collision involving an ambulance on Sunday morning.

On Wednesday, troopers arrested Rudy Alexys Reyes-Marquez, 20, of the 600 block of Ashbrittler Drive in Rolesville.

He has been charged with failing to yield the right of way, no operator's license and resist, delay and obstruct.

Three Franklin County EMS workers were rushed to the hospital early Sunday morning after a driver slammed into an ambulance. The driver took off running after the accident, leaving behind his Nissan Sentra.

The crash happened on Capital Boulevard near Falls of Neuse Road.

The ambulance had significant damage, the grill was smashed in and a chunk of the roof was ripped off.

The workers were on their way to WakeMed Hospital and transporting a patient at the time.

Reyes-Marquez's next scheduled court appearance will be July 25.