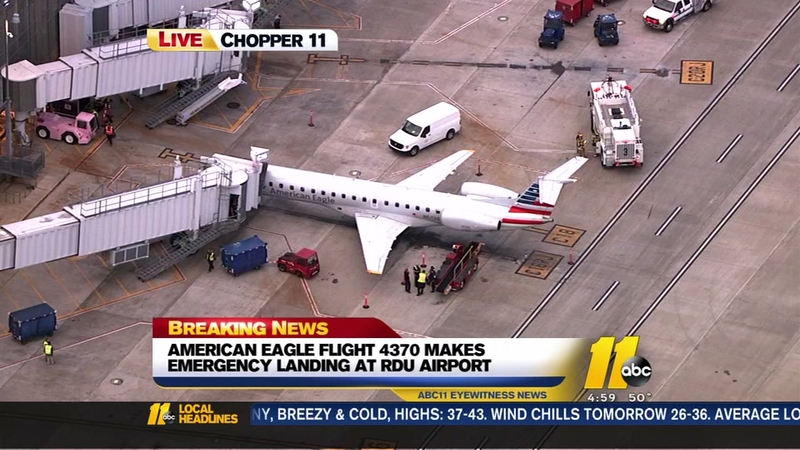 An American Eagle flight made an emergency landing at RDU on Wednesday afternoon.

A spokesman for Raleigh-Durham International Airport told ABC11 that American Eagle Flight 4370 bound from RDU to Pittsburgh took off and had an emergency indicator in the air.

The jet declared an emergency and returned to RDU.

The plane landed safely and went to the jet bridge to deplane passengers.

Photos from Chopper 11 HD showed authorities investigating a piece of baggage from the plane.

Firefighters investigated and found no fire, the spokesman said.

"Trans States Airlines flight #4370 operating as American Eagle from Raleigh-Durham to Pittsburgh returned to Raleigh shortly after takeoff due to a smoke indicator warning. The flight landed in Raleigh safely and taxied to the gate, where the passengers exited the aircraft via the main cabin door. Passengers will be accommodated via an alternate aircraft."

There were 44 passengers and three crew members on board, an airlines spokesperson said.