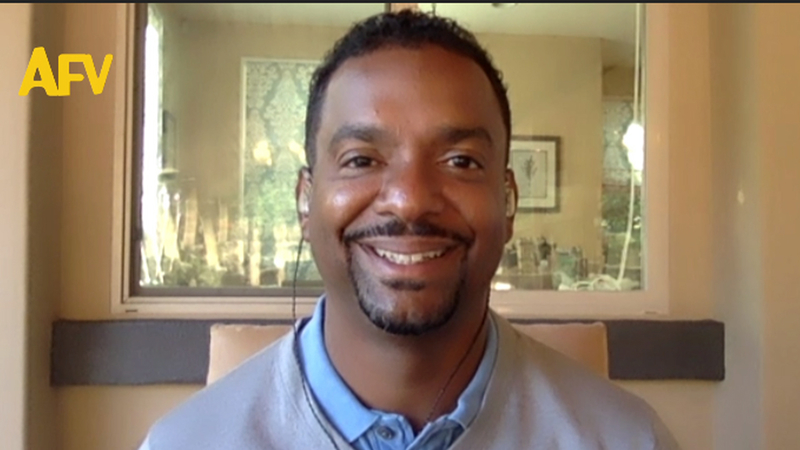 NEW YORK -- Alfonso Ribeiro, the host of "America's Funniest Home Videos," says it feels great to be shooting season 31 of the show.

"We've shot eight episodes and we're about to do nine and 10 and it's been fantastic," Ribeiro said.

Six seasons in, he's found his groove, but it's different without a live studio audience due to the coronavirus pandemic.

"Vin Di Bona and ABC bought the technology that the NBA used in the bubble so we have a nice Zoom audience in there and I get to vibe with them," he said. "It's a little different, but it's still the same fun, enjoyable time that we normally have with AFV."

Ribeiro has a few tricks up his sleeve to keep the energy up.

"I'm pretending that every joke I say is the biggest laughter that's ever been," he said.

With people having so much time at home with their families, there's been an influx of quarantine videos along with a lot of the usual fun, Ribeiro said. "Now we've gone back to the normal people messing up, kids, dogs, cats, all kinds of animals, all the stuff that we normally deal with. But we're certainly getting more pandemic style videos than we did before."

Why do they call it a hoverboard when we're always falling all the time??? 😂 pic.twitter.com/UZNAInC1Lu

Ribeiro says "AFV" will still have its big season finale, although he anticipates it may bring the families into the show via Zoom again.
"We'll still have some fun in the studio and hopefully the families get to enjoy it a little bit," he said.

"AFV" has given away over $16 million in prize money and evaluated more than 2 million video clips from home viewers.