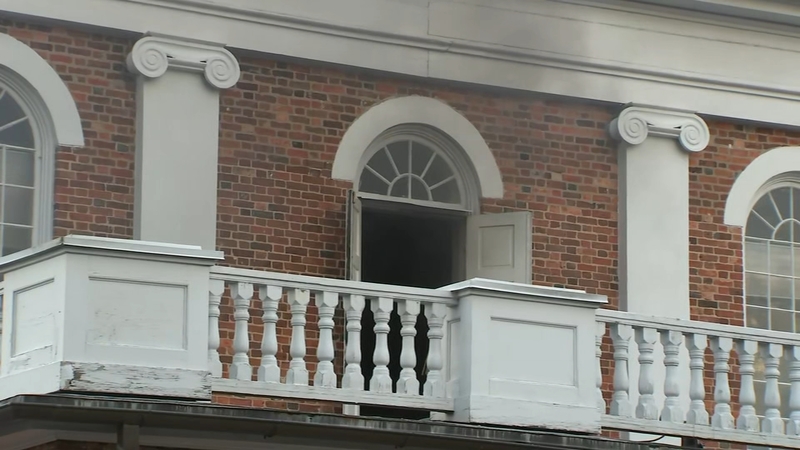 FAYETTEVILLE, N.C. -- Two men have pleaded guilty to charges stemming from a fire at a historic Fayetteville landmark during a demonstration over the death of George Floyd, the U.S. Department of Justice said Thursday.

The department said in a news release that Charles Anthony Pittman, 32, and Andrew Salvarani Garcia-Smith, 32, took part in the May 30 burning of Fayetteville's Market House, which is a National Historic Landmark. Pittman pleaded guilty in September to malicious burning of a building and inciting a riot. On Thursday, Garcia-Smith pleaded guilty to the malicious burning charge.

Court documents cited in the news release said Pittman carried a gasoline container to the second story of the Market House and waived it to the crowd before pouring gasoline onto the floor inside. A social media post showed Garcia-Smith picking up a bottle filled with flammable liquids and throwing it into the Market House, court documents said. The liquid spilled on Garcia-Smith, setting his clothes and hair on fire.

Pittman and Garcia-Smith will be sentenced next year, prosecutors said.