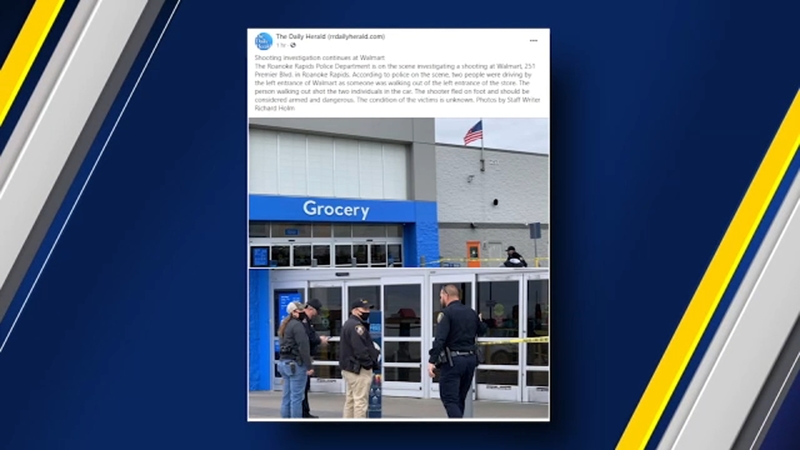 ROANOKE RAPIDS, N.C. (WTVD) -- Roanoke Rapid police have charged a woman in connection with a double shooting at a Walmart in late February.

On Feb. 26, an 18-year-old and 17-year-old were driving through the Walmart parking lot on Premier Boulevard when they were shot by a person who walked out of the store.

Police charged Angelica Maria Dominguez, 19, with felony conspiracy and felony obstruction of justice. She was placed in Halifax County Detention Center under a $10,000 bond and will appear in court in April.

Oquevion Barnes, 19, is still wanted in his role in the shooting.