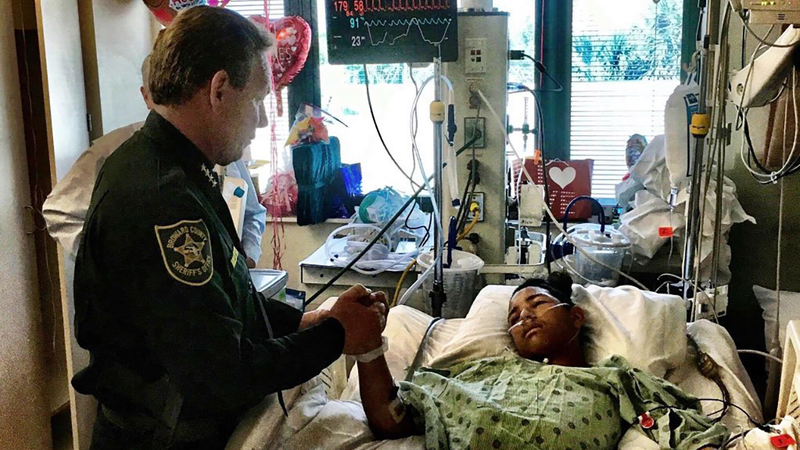 Parkland student hailed as a hero released from hospital

PARKLAND, Fla. -- A Stoneman Douglas High School student hailed as a hero for protecting his classmates during a February shooting rampage has been released from the hospital.

Anthony Borges was shot five times in his back and legs as he tried to lock the door of a classroom where 20 other students were hiding, his father told ABC News in February.

"None of us knew what to do. He took the initiative to just save his other classmates," Carlos, Anthony's best friend, told ABC's "Good Morning America."

All of the other students hiding in the classroom escaped the shooting uninjured.

A family attorney confirmed to ABC News that Borges has been discharged nearly two months after the Valentine's Day massacre that left 17 students and faculty members dead.

Borges' family attorney indicated in March that the family plans to file a lawsuit over the shooting.

"The failure of Broward County Public Schools, and of the principal and school resource officer to adequately protect students, and in particular our client, from life-threatening harm, were unreasonable, callous and negligent," lawyer Alex Arreaza wrote in March.