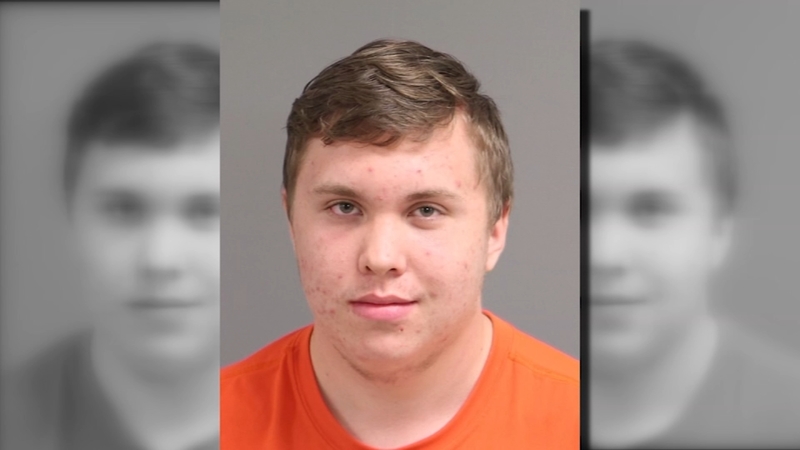 CARY, N.C. (WTVD) -- A Cary man has agreed to a plea deal following multiple anti-Semitic incidents during the fall of 2018.

William Warden, now 21-years-old, is accused of going to Congregation Sha'arei Shalom on Nov. 3, 2018, ringing the doorbell, and making comments to the person who answered. The incident happened just hours after the congregation held a ceremony to remember the victims from the Tree of Life Shooting in Pittsburgh, the deadliest attack on Jews in American history.

Warden was arrested and in court days later, and spent about three weeks in jail before entering a treatment facility in Florida, where he has been ever since.

Doctors have diagnosed Warden, who did not appear in court, with three mental disorders and a substance disorder, evidence which was presented to the court during Wednesday's hearing.

"We are sensitive to the reality of the mental illness that Mr. Warden experiences, yet we do separate out anti-Semitism," said Seth Klayman of Congregation Sha'arei Shalom.

As part of the plea deal, Warden will have to remain at the treatment facility for an additional twelve months, where he does not have access to the internet. Authorities say Warden is also responsible for burning a cross in Bond Park; charges related to that incident were dismissed as part of the plea deal. Officials said they believe Warden is also responsible for distributing Nazi propaganda fliers in a Cary neighborhood, however he was not formally charged in connection to that incident.

Roger Smith Jr., an attorney representing Warden, read a statement on his behalf.

"I take full accountability for my actions that night, and am truly remorseful for the fear and sadness that I inflicted upon all communities I affected, especially the Jewish community living in the area," the statement read in part.

Klayman delivered a victim impact statement to the court.

"We are glad that he is receiving and will continue to receive the care he needs. At the same time, we reject the notion that the bigotry that Mr. Warden has exhibited is a result of his mental illness," Klayman said.

Prior to the end of the proceeding, Emanuela Prister, who attends Chabad of Cary, addressed the court from the gallery, voicing concerns over the plea deal and need for stricter penalties for such cases in the future.

"I do have to wonder, could there possibly be no other charge brought against this man? It does baffle me," said Prister, who added she did believe this was the best outcome based on the charge brought forward by District Attorney Lorrin Freeman, who personally handled the case.

Klayman agreed with Prister's calls for enhanced penalties, which ultimately would need to be enacted by the State Legislature.