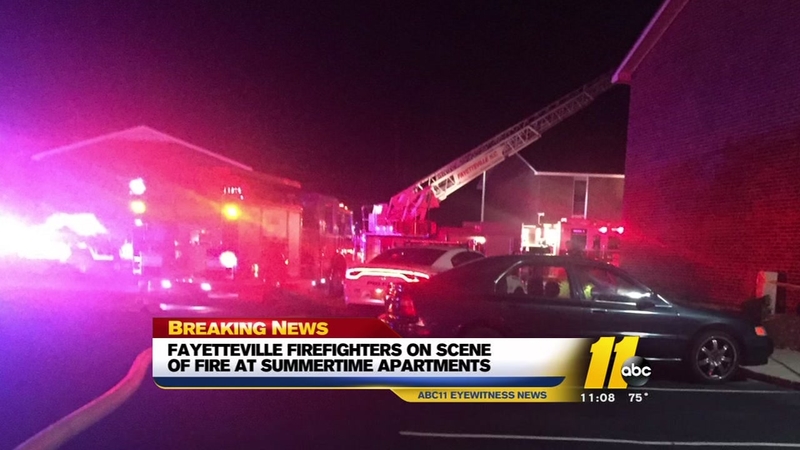 FAYETTEVILLE, North Carolina (WTVD) -- Fayetteville firefighters battled a blaze Friday night at Summertime Apartments on Jefferey Drive. Multiple families were evacuated from the building and three people, including a toddler, were injured in the fire.

The fire was contained to one building.

The three hurt were taken to Cape Fear Valley Medical Center for treatment.

Two of the victims, a man and a toddler, were residents of the apartment unit that sustained the most fire damage. They both sustained moderate to serious burn injuries and are being transferred to the N.C. Jaycee Burn Center at UNC Health Care in Chapel Hill.

A woman who lives in an adjacent apartment suffered from smoke inhalation.

Firefighters responded to the scene shortly after 10 p.m. When they arrived, they saw fire and smoke billowing from the exterior. A first-floor apartment and breezeway were engulfed in flames.

The fire has been brought under control.

Firefighters are still trying to determine the cause of the fire. Damage to the building and property was estimated at $100,000.