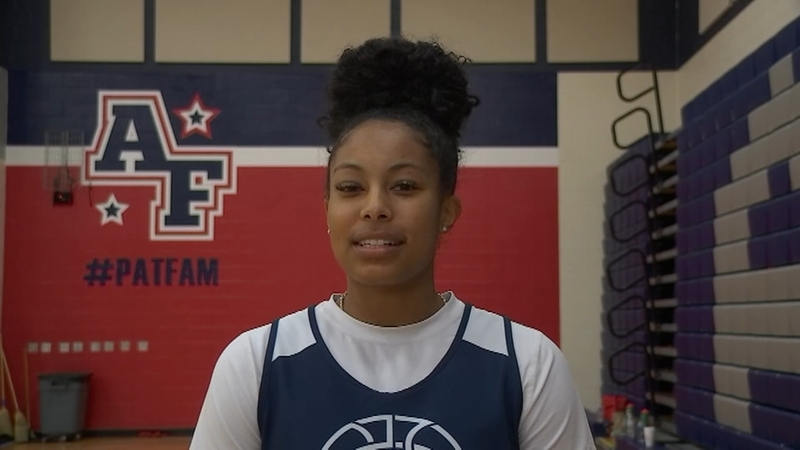 Apex Friendship player humbled to be NC's only McDonald's All-American

APEX, N.C. (WTVD) -- When the 2022 McDonald's All-American selection show came on, Apex Friendship senior Indya Nivar says she was too nervous to even watch.

Nivar said instead, she began preparing a "Hello Fresh" meal to occupy her time.

"It was chicken and pasta", said Nivar. "Just to get my mind off of it," she said.

Nivar said that while cooking, she could hear her sister Jasmine watching the show.

"I was trying to hear if she was going to celebrate a little bit, but she didn't," Nivar said.

Thinking that she might not have made the team, she said her sister tricked her, which began a celebration.

"She came out of the room acting (down) like I didn't make it, and then she tricked me and showed me the picture with my name on the screen, and we started jumping up and down," Nivar recalled.

"I'm happy that people recognize my talent and the hard work I put into it," Nivar said. "I just want to grow every day while I'm on the court."

The 5-star guard will be one of just 24 girls on the court on March 29 at WinTrust Arena in Chicago, when the best in the East takes on the best in the West. When that game concludes, her basketball journey will just be getting started. The 5-foot-9 star has already committed to continue her hoops journey with reigning Division I national champion Stanford.

"That decision was so hard, I feel like it took forever," she said. "But what made me pick Stanford was the academic part."

Her head coach at Apex Friendship, Scott Campbell, knew the Cardinal would be a natural fit.

"When Stanford got in the picture, and you knew she wanted to be an orthopedic surgeon you go, how do you turn down the winningest coach in college basketball and Stanford?" Campbell said.

But before all of that, Nivar and her teammates are looking to cap off an already successful season with the ultimate high school prize.