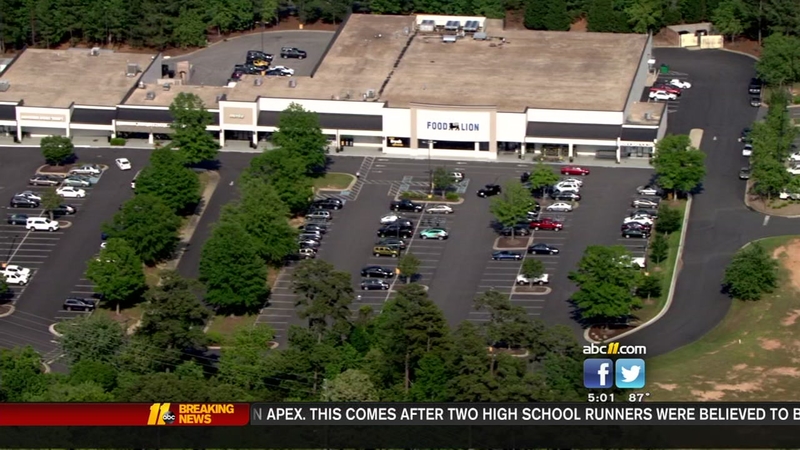 The third incident reportedly happened near the Food Lion on Laura Duncan Drive.

Police said the two male suspects were being taken to the police department and charges are pending. Their ages were not immediately available.

The Apex High School incidents happened on April 4 and again on April 26.

The may have been two or three African American males inside. Witnesses reported seeing them point "something" from the vehicle and hearing a series "pops" in rapid succession.

The student's injuries did not require medical attention.

The school has notified parents and students via email about the two incidents, and detectives suspect they're related.

ABC11 is told school officials have made adjustments to the boys' Cross Country program in an effort to keep student-athletes safe.

Apex Police are increasing patrols around the school.

"It's obviously a big concern for us," said Capt. Blair Myhand. "What we know, from the witnesses, is they've heard multiple pops as they described it and someone points something out of the window of the car that they believe to be a gun."

The Apex Police Department is asking for the public's help in identifying the suspect vehicle and/or occupants.