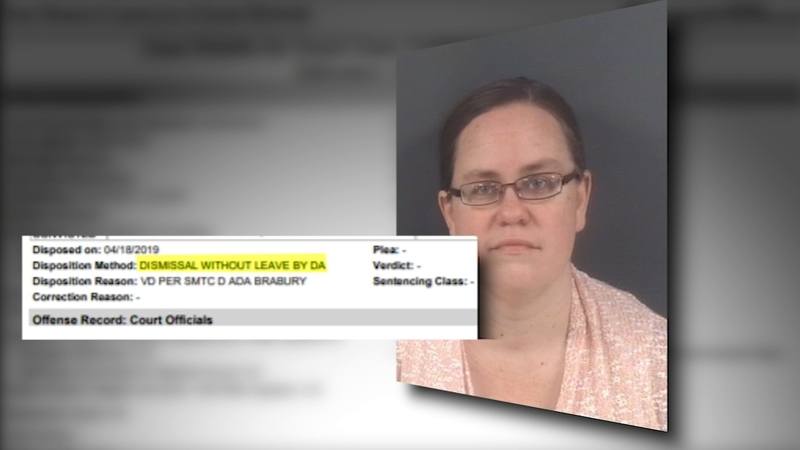 Teacher previously charged with assault back in Fayetteville classroom

FAYETTEVILLE, N.C. (WTVD) -- A teacher previously charged and suspended with pay following allegations of assault inside her classroom is back on the job. Now, concerned parents are wondering why the teacher resurfaced at a different school.

Krystal Rodriguez's son, Dylan, is on the autism spectrum. If you know anything about that, you know schedules and routines are important. But Rodriguez says she's keeping her son out of school at Bill Hefner Elementary until April Caudill is out of the classroom.

"That really just upsets me because he's been waiting for this day and now we have to wait longer," said Rodriguez.

Rodriguez first met Ms. Caudill at Bill Hefner Elementary's open house. She didn't get to spend a lot of time with her so once she got home she said she googled to learn more.

"The first thing that popped up was her mugshot," said Rodriguez.

Caudill's mugshot was from January.

ABC11 previously reported on Caudill's arrest. The teacher was charged, accused of hitting a non-verbal child at J.W Coon Elementary, leaving Rodriguez to wonder why a different school but in the same district. She said she took that question the principal who asked her whether she met Ms. Caudill.

"He said, 'did you think she was nice?' I laughed because people who abuse people are nice to kids in front of their parents. People who molest kids are nice to gain their trust. So whether she's nice or not doesn't matter to me. This is the safety of my son," said Rodriguez.

Caudill's charges were dismissed back in April. A deputy clerk said it was likely because a witness didn't show up. Either way, parents say the allegations are unsettling.

"I wouldn't be able to sit at home knowing my son's in her class and every day that I pick him up spend the first 30 minutes asking him ten different ways if someone hurt him. So he doesn't understand a lot about people hurting him," said Rodriguez.

Cumberland County Schools responded to our request for more information on why Caudill was hired. The spokesperson said Caudill -- a 15-year veteran -- was never fired. CCS provided the following statement.

"As a school system, we strive to provide a safe learning environment for all students and staff, and we hold all of our employees to high standards. Whenever we receive allegations of inappropriate conduct, we always investigate and take the appropriate action based on our findings."