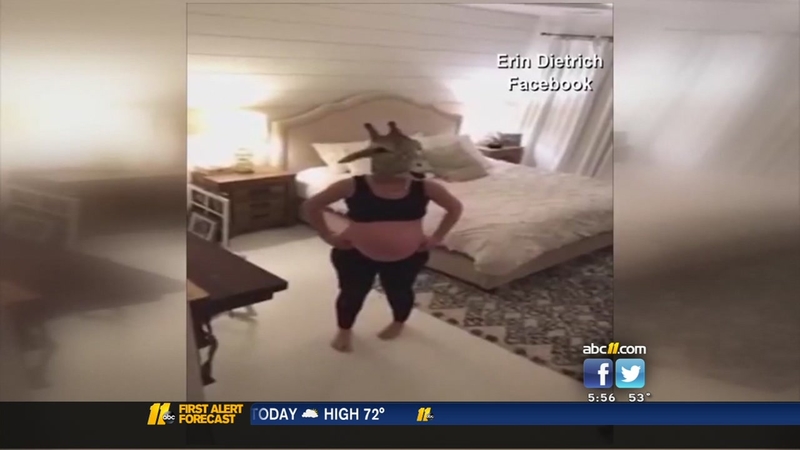 MYRTLE BEACH, South Carolina -- A pregnant Myrtle Beach mom who made fun of the millions who've been watching a livestream of a pregnant giraffe has given birth.

When Erin Dietrich was due with her fourth child, she put on a giraffe mask and livestreamed herself pacing around a room like April the Giraffe at Animal Adventure Park in Harpursville, New York.

As their friends began sharing the hilarious scene it quickly went viral. Less than 24 hours after she posted it, Dietrich's video had more than 15 million views.

In a new post, Dietrich said their new baby is perfect, healthy, and beautiful.