Sandra Allmond, 55, and Taylor Strange, 11, were killed when the trooper T-boned Allmond's Honda just before noon Sunday in Jamestown.

According to the Highway Patrol, Trooper J.D. Goodnight was traveling southbound on the Interstate 85 Business Loop when he clocked a vehicle traveling northbound at 80 mph in a 55 mph zone. He activated his blue lights and turned around headed north. He slammed into Allmond as she was turning left at a green light at the River Road intersection. The Highway Patrol has not said how fast Goodnight was travelling.

"I'm on Business 85 at River Road and there's been an accident between a state trooper and another car and it looks like there are people that are seriously hurt," reported one woman. "There's a state trooper that's in the woods."

"The whole front end and engine of one car is sitting on the northbound side," the woman continued.

Strange's step-father, Bryon Casler, has written to ABC11 Eyewitness News saying he wants to know exactly what happened and why. He wrote in part, "I want our daughter back, but I know that's not possible. In her name, we want to know why, so that no one else will ever have to go through what we have."

Strange's classmates at Jamestown Elementary have expressed their grief and support to her family through letters.

Allmond's grandson, 11-year-old Elijah Allmond, and Taylor's cousin, 9-year-old Steven Strange, were also hurt in the crash. They are currently in good condition at the hospital.

The Highway Patrol is trying to determine who's at fault, since they say Allmond turned in front of Goodnight.

But Allmond's family wanted to know how fast Goodnight was travelling and if she could have seen him in time.

"My question is, how could the car be hit so hard that the front end comes off," Allmond's son Gerald Allmond said in an interview Monday. "And is a hundred yards from the actual impact."

The investigation into what happened continues.

The day after the fatal collision, investigators returned to the scene re-interviewing eyewitnesses.

Pete Rubino, a former trooper turned safety consultant with North Carolina Safety Solutions, isn't involved with the investigation, but he says his experience has taught him that the trooper involved in the crash was focused on his job when he collided with Allmond's car.

"I would estimate turning around like he did to try to keep up with that vehicle," Rubino said. "He was up to speeds between 73 and 83 mph.

The Highway Patrol won't confirm that, saying it's waiting to complete its probe two weeks from now.

Rubino says the incident and others like it shows a problem with law enforcement training that emphasizes the pursuit instead of pursuing other options.

For now, the Highway Patrol is the only agency reviewing the fatal crash.

"That's a concern, I'd like to see the governor and highway patrol met with a group of experts other than law enforcement to really assess look at training methods," Rubino said.

Last year, the Highway Patrol was involved in 402 accidents, 127 of them resulted in a collision, which is a slight drop. Within the last two months, two of the accidents were fatal. 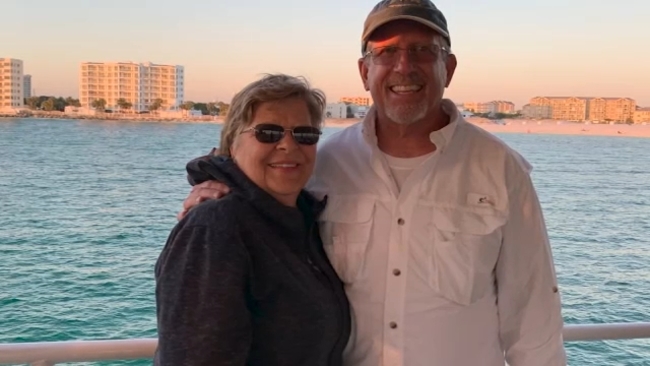