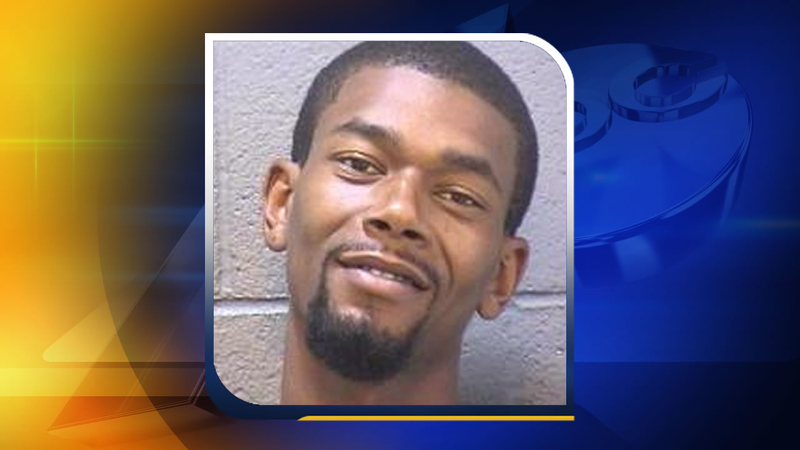 DURHAM (WTVD) -- A report issued by the Durham Police Department Friday on an officer-involved shooting reveals chilling new details about a robbery that left a 48-year-old father of two dead.

Police were called to a robbery in progress at the Joy Food Mart at 2109 North Roxboro Street around 12:45 a.m. on the Fourth of July.

According to the report, Officers Cornell Richards and Joshua Conser were the first officers to arrive on the scene with Officer Jonathan Fullam arriving soon after.

They encountered 26-year-old Dmarlo Johnson of Durham coming out of the store. Video from Fullam's police car shows Johnson pull a gun from his waistband and point it at the officers. He was ordered to put the gun down, but according to witnesses, he shot at them and they returned fire.

Johnson ran out into North Roxboro Street where Officer Fullam fired at him and he fell to the ground. He had gunshot wounds to his left collarbone, left knee, left foot, and a graze wound to his upper left arm. The officers were not hurt.

Police said they were told by witnesses there could be a second gunman, so Officer Richards picked up Johnson and carried him to a safe location while police searched for a second suspect. Finding none, Johnson was taken to the hospital for treatment.

Inside the store, officers found 48-year-old Amer Mahmood lying behind the counter. He was pronounced dead at the scene.

After speaking with witnesses and watching surveillance video, investigators say they have determined Johnson drove to the store and parked near the front door. He pulled his shirt over the lower part of his face as he went inside and pointed a 9mm handgun at Mahmood demanding money.

Mahmood took the drawer out of the cash register, placed it on the counter, and put his hands in the air. Even though he did what he was told to do, Johnson walked around the counter and shot him twice. He fired another shot after Mahmood fell to the floor.

"Johnson then took cash and cigarettes and went outside to put the items in his car. He went back inside the business and took more cigarettes. Upon his return, Johnson shot Mahmood again and fired shots at video cameras inside the business. Johnson also pointed the gun at other customers in the store," reads the report.

Johnson was released from the hospital shortly after the shooting and transferred to the Durham County Jail where he's being held without bond on a murder charge.

The officers involved are on administrative duties pending the outcome of the shooting investigation, which is standard procedure.