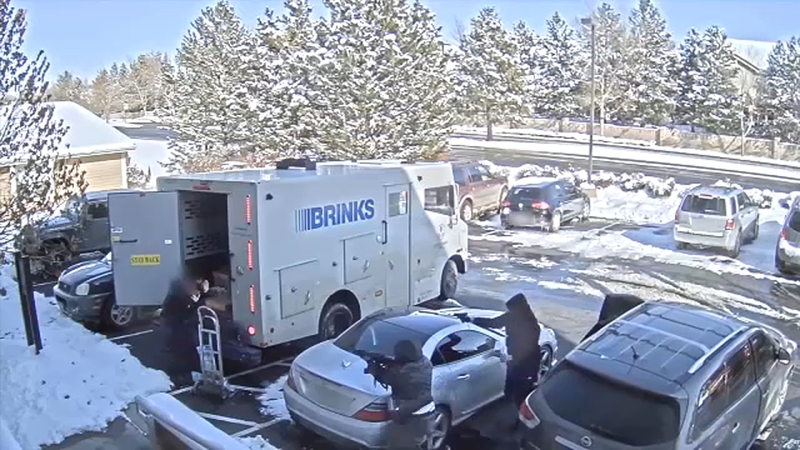 DENVER -- The FBI is looking for three suspects who robbed an armored truck at gunpoint in Colorado in the middle of the afternoon.

The incident happened Wednesday at about 2:30 p.m. outside of a bank in Denver, KMGH TV reports.

Video provided by the FBI shows the suspects - dressed in black or blue hoodies, masks and sunglasses - waiting inside a car until an employee came to load the armored vehicle with money.

When the employee stops to load the vehicle, the suspects are seen quickly exiting the car and pointing two semi-automatic handguns and what Greenwood Village police described as an AK-47 variant at the employee, who is forced to his knees by one of the suspects while the other two empty the armored vehicle.

In less than 30 seconds, the suspects are seen driving away.

Police described the suspects as being between 5 feet 10 inches and 6 feet tall, with two of them having an average build while the third was described as more heavyset.